Public gets a taste of presidential ashura dessert 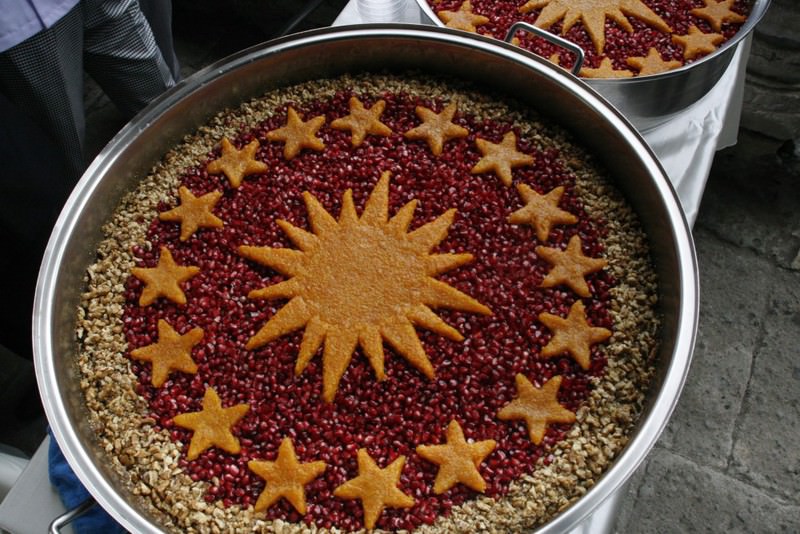 by daily sabah Oct 27, 2015 12:00 am
The presidency marked the beginning of Muharram, the first month of the Islamic calendar, by delivering ashura, a traditional pudding, also known as Noah's pudding, to people in 14 provinces Monday.