Hundreds of refugees walking to coast stopped in western Turkey 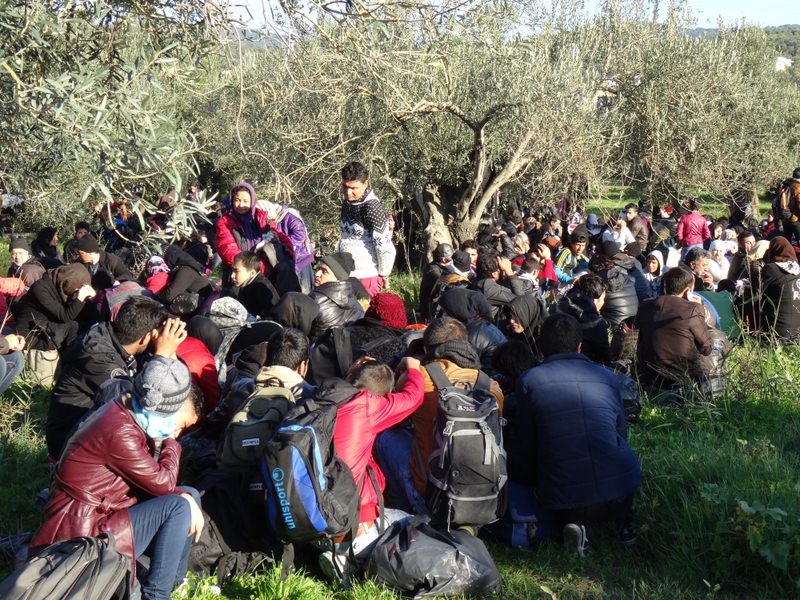 by Daily Sabah with Wires Oct 28, 2015 12:00 am
Authorities intercepted nearly 1,000 Syrian and Afghan refugees walking toward the Aegean coast after they were dropped off by buses in Çanakkale on Tuesday.

The refugees, including children, reached Çanakkale by taking buses from Istanbul, İzmir, Bursa and other western cities. Human smugglers forced them to leave the buses before crossing through security checkpoints.

Gendarmerie troops stopped the group as they were walking through a forest to Ayvacık, a town off the Aegean Coast. After reaching Ayvacık, the refugees had hoped to make it to the Greek island of Lesvos. Lesvos is a popular transit point for refugees seeking to enter Europe.
RELATED TOPICS