Turkey transfers body of shot down pilot to Russia 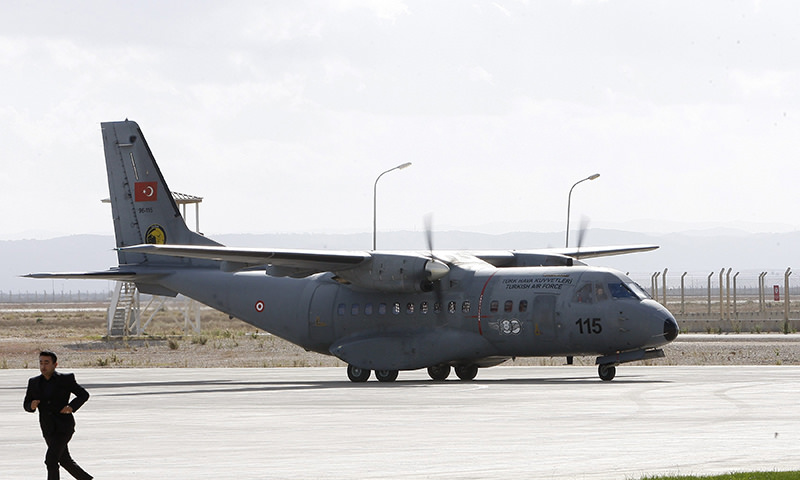 Turkey transfers body of shot down pilot to Russia

The body of Lt. Col. Oleg Peshkov, one of the two pilots aboard a Russian fighter jet that was downed by Turkey last week for violating its airspace, was sent to Russia yesterday, Turkish media reported.

Peshkov's body was brought to the capital Ankara from the southern border province of Hatay on Sunday via a military cargo plane. A ceremony was held at the airport in Ankara for the deceased pilot. Prime Minister Ahmet Davutoğlu announced earlier that Turkey retrieved the body from Syria but did not specify how the body was brought from Turkey's southern neighbor. The prime minister said on Sunday that the Orthodox Church in Hatay performed a religious service for the late pilot. Peshkov and his co-pilot, identified as Konstantin Muratkin, were piloting the Su-24 warplane allegedly involved in the Russian air campaign in Syria. Turkish authorities have said the aircraft did not change its course despite repeated warnings of violating Turkish airspace before it was shot down by Turkish jets. Pilots ejected and parachuted to the ground on the Syrian side of the border. Murathkin escaped uninjured while Peshkov was reportedly killed once he landed.

The incident had drawn the Kremlin's fury, which responded by implementing a set of planned sanctions against the country, while Turkey defended itself, citing rules of engagement for aircraft violating its airspace. Although Turkish authorities sought to ease tensions, Russia has not toned down its angry rhetoric and has demanded an apology from Ankara.

Peshkov was awarded the Star of a Hero of the Russian Federation posthumously by the Kremlin, "for heroism, courage and bravery shown during the fulfilment of his military duties."

Russia is a close ally of Syria's embattled regime. And since September, Russian warplanes have been active in the country in a campaign "against DAESH," according to the Kremlin, though the aerial offensive is criticized for mostly killing civilians rather than DAESH militants who control parts of northern Syria near the Turkish border. On Saturday, 11 civilians were killed when Russian warplanes targeted a residential area in Syria's Idlib, according to Syrian sources. Among the targets was a bakery set up by a Turkish charity.