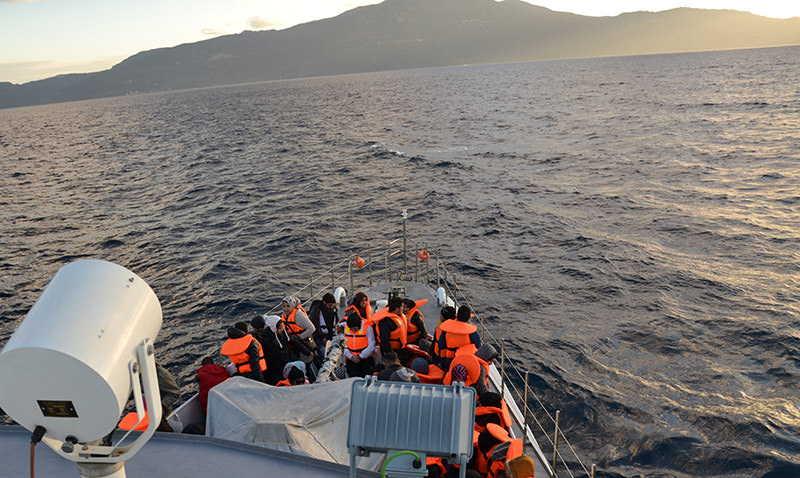 | IHA Photo
by Anadolu Agency Dec 02, 2015 12:00 am
The coast guard saved 345 refugees Tuesday from the seas around Turkey, according to a statement released Wednesday.

In a snapshot of the global span of the refugee crisis, those rescued included nationals of Myanmar, Pakistan, Iran, Mali, Afghanistan, Syria, Morocco and Iraq.

In a statement on the Turkish Armed Forces General Staff website, the coast guard detailed search-and-rescue operations along the Turkey's west coast.

Off the coast of İzmir, 166 Syrians and 33 Afghans were saved.

Western Turkey is a key launching point for refugees seeking to reach the EU. Several Greek islands are within sight of the coastlines of Çanakkale, İzmir and Muğla provinces, providing a tempting glimpse for migrants who have often travelled thousands of miles to reach Europe.

According to the International Organization for Migration, 3,563 people have died in the Mediterranean so far this year as they attempted to reach European shores, a figure that includes 589 around Turkey.