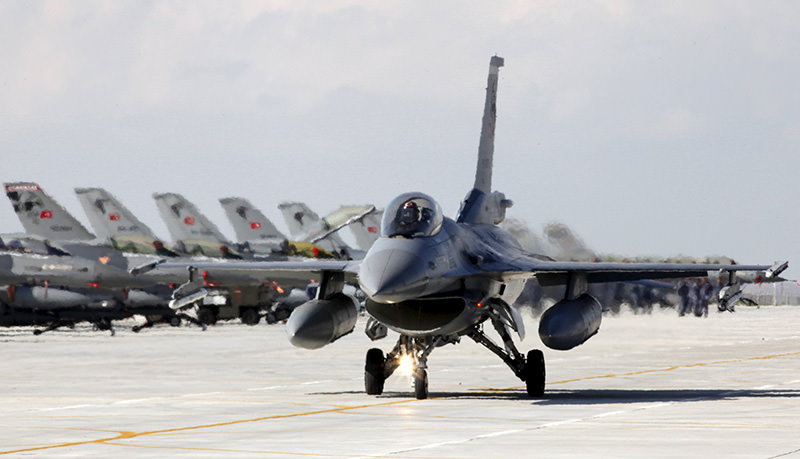 |Reuters Photo
by Daily Sabah Dec 06, 2015 12:00 am
Turkish F-16 jets will use the 'chaff' system in case of attack from Russian S-400 missile defence system, according to Batuhan Yaşar, a columnist at the Turkish daily Türkiye Gazetesi.

Chaff is a countermeasure in which an aircraft spreads a cloud of tiny and thin pieces of aluminum, which appear as a cluster of primary targets on radar screens.

In his column, Yaşar said that the S-400 missiles pose a threat for the Turkish F-16 jets and said that in case of an attack, the jets can evade the missiles with a system called 'chaff.'

Yaşar also pointed out that Russian jets were equipped with air-to-air missile systems after the Russian warplane was shot down, and that Turkish jets could evade these missiles with flares similar to chaff.