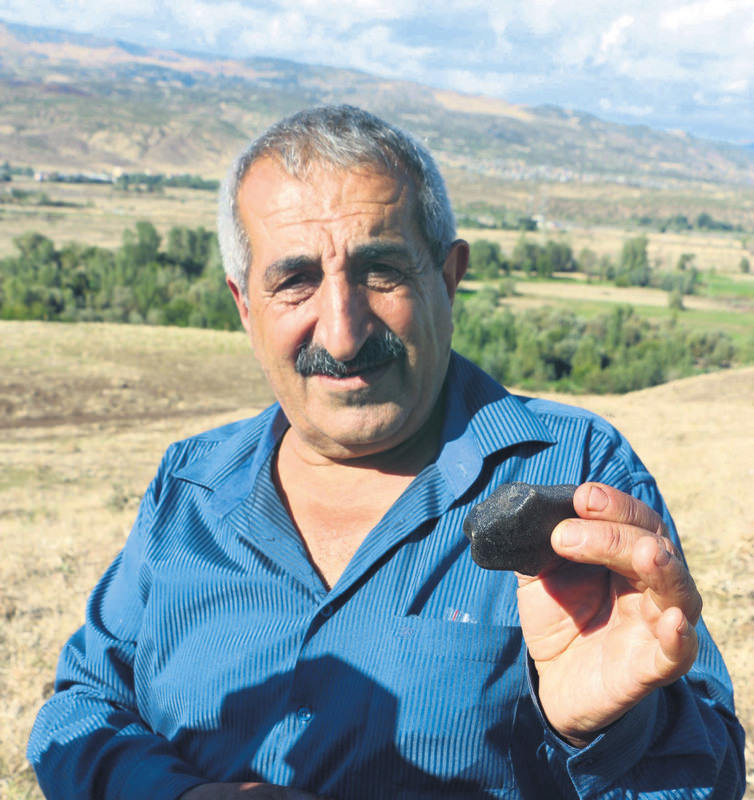 by Daily Sabah Dec 07, 2015 12:00 am
The people of Sarıçiçek in the eastern Anatolian province of Bingöl are now in a religious quandary about the hundreds of thousands of lira they have earned by selling pieces of a meteor they collected in September.

Soon after a meteor shower in September, the villagers became a hot topic after they received huge sums of money for the rocks they found. Reports that the sale of fragments from the Vesta asteroid were going for up to $60 per gram naturally drew the attention of tax inspectors after villagers told the media they had earned more than TL 1 million ($350,00) from sales to scientists and collectors from around the world.

Taxing something "God sent from the sky" became a question on everyone's lips. Following complaints by villagers, Finance Minister Mehmet Şimşek, who joined the debate on whether the meteorites should be taxed on social media, gave locals the good news. "Implementing income tax is out of the question as our citizens in Bingöl did not engage in a commercial activity. But if people come from other cities to collect stones for commercial purposes, they will be subject to tax," Şimşek said.

However, all Muslims are obligated to give a 40th of their earnings to the poor. Paying tax to the state is one thing but not performing their duties as a Muslim has become a worry for the villagers, as evidenced by the calls to the Fatwa Hotline 190. Assistant Professor İhsan Çapcıoğlu from the Ankara University Faculty of Theology said people could pay one-40th of the amount they earned from the meteorite sales within a year.
RELATED TOPICS