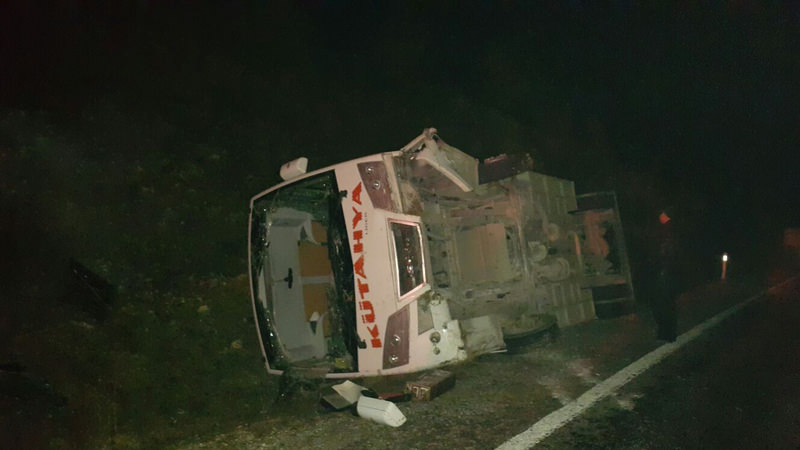 | AA Photo
by Daily Sabah Dec 08, 2015 12:00 am
Turkish authorities said that 22 people were injured after a coach on its way from southwestern Balıkesir province to Kütahya province tipped over and crashed into hard shoulder on a highway in Balıkesir late Tuesday.

The 22 people, including 30-year-old driver Ferdi Aktaş have injuries not believed to be life-threatening and were transported to Dursunbey state hospital to be checked.

The accident is thought to be caused by black ice and police have launched an investigation into the accident.