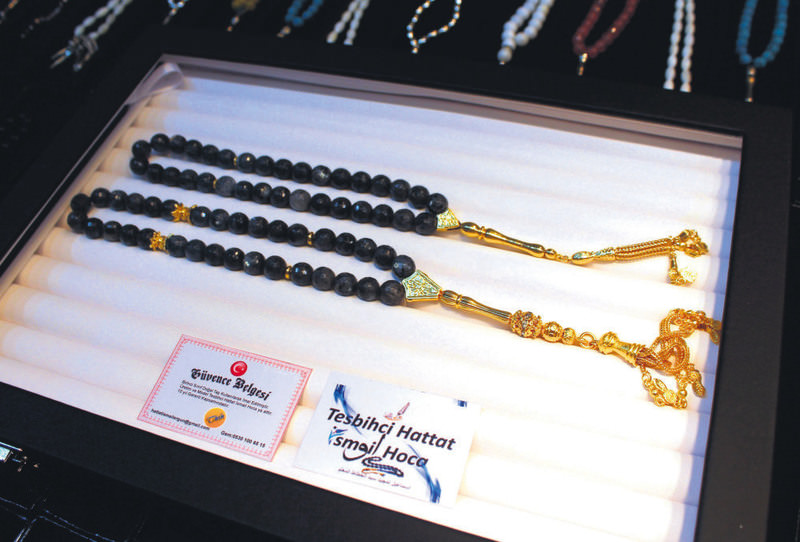 by Daily Sabah with AA Dec 09, 2015 12:00 am
A meteorite that landed in eastern Turkey in September has made its way to an unexpected place: Prayer beads. A designer put up prayer beads made of pieces of meteorite for sale for the astronomical price of $30,000.

İsmail Ergün, who showcased his design at a fair in western Turkey, says his beads are cheaper than similar products made of the "heavenly" mineral. "They make prayer beads of meteorite pieces in other countries as well but I heard they sell them for as much as $300,000" he says.

Ergün, who designs special beads for collectors, says he brought meteorites from Bingöl, where the meteorite fell. "I wanted to make something different and obtained pieces of meteorite. It was very difficult to craft. They don't have the characteristics of other minerals as they either have massive pieces of metal or easily crumble. I worked on them for almost a month but I managed to make four prayer beads. I already sold two of them," he said.

Pieces of the asteroid Vesta that hit an uninhabited area near the village of Sarıçiçek had already proved profitable for locals who sold each gram for prices as high as $60. The village, where locals are reported to have earned more than TL 1 million from the sale of asteroid pieces, has become a popular attraction with people from all around the country and the world descending to grab a piece either for their collection or to sell them.
RELATED TOPICS