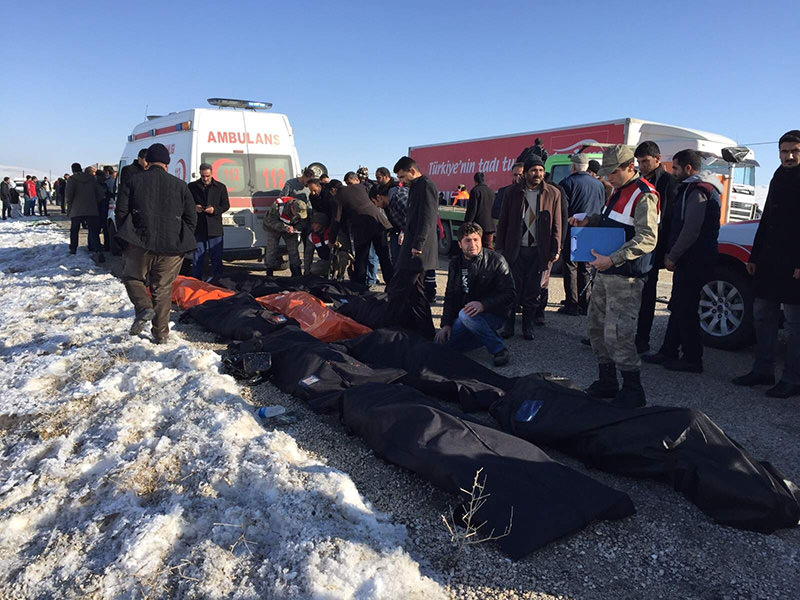 by Anadolu Agency Dec 12, 2015 12:00 am
At least 11 people were killed and four others were injured when a truck crashed into a passenger coach in Turkey's eastern Van province early Saturday, police and the provincial governor said.

The coach passengers were teachers and students travelling from Van's Erciş district to the city center for an examination, Van Governor İbrahim Taşyapan said.

A crime scene investigation team is at the scene, while the injured have been taken to hospitals in the area, Taşyapan added.
Last Update: Dec 12, 2015 11:21 am
RELATED TOPICS