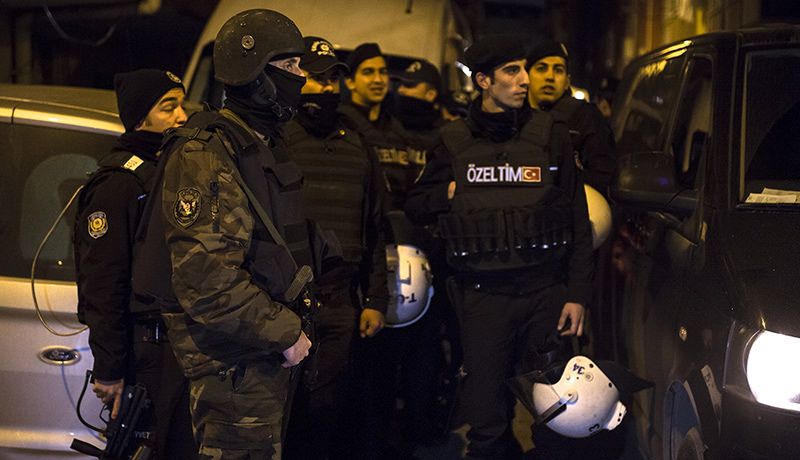 | AA Photo
by Anadolu Agency Dec 15, 2015 12:00 am
At least 19 suspects have been taken into custody early Tuesday in a drug trafficking operation in Istanbul, police said.

During the operations, police apprehended 19 people and seized an undisclosed quantity of drugs.

The suspects were allegedly involved in drug trafficking, police said.