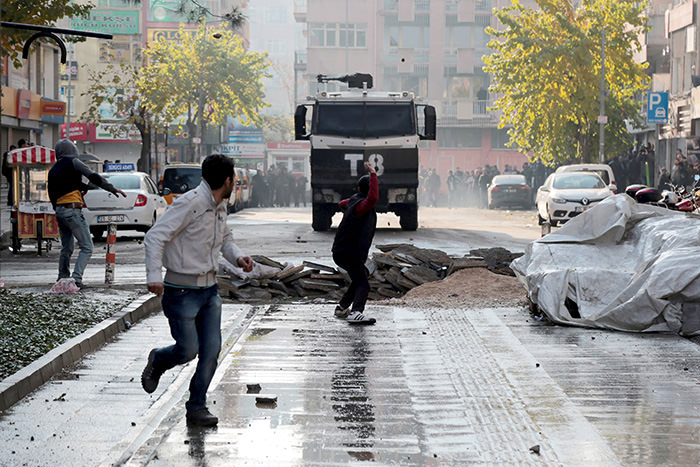 by Daily Sabah Dec 18, 2015 12:00 am
Police on Friday arrested two Russian citizens among a group of others attempting to cross into area, which is currently under an imposed curfew in Diyarbakır's Sur district.

The group wanting to march inprotest from Yenişehir to Sur district clashed with the police on Ekinciler Street when the police blocked their entry into Sur. The group responded to police by throwing stones, while they were dispersed.

Curfew has been imposed on Sur district, which has been ongoing for 17 days, to clear ditches and barricades set up by the PKK terrorist organization and eliminate terrorists from the urban areas.

Operations continue in the area.