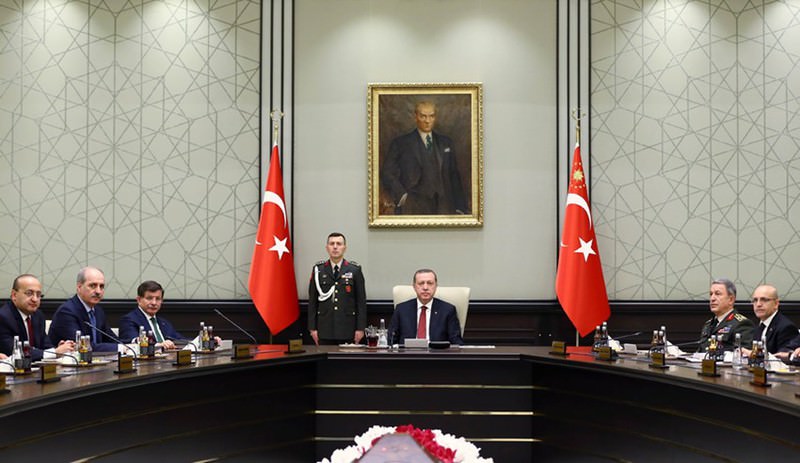 by Daily Sabah Dec 18, 2015 12:00 am
Turkish top officials reiterated Turkey's determination to stand with Iraqi people in the fight against Daesh, according to a statement released Friday following the National Security Council (MGK) meeting.

A written statement released after the last MGK meeting of 2015 said Turkey will stand with the Iraqi nation against Daesh and other terrorist groups, which are targeting Iraq's sovereignty and territorial integrity.

The meeting chaired by President Recep Tayyip Erdoğan, also focused on humanitarian problems caused by Russian activities in Syria and its support to the Assad regime.

The statement said that Russia's attitude against Turkey's right to protect its borders is unacceptable and the meeting discussed the measures Turkey will take against Russia.

The recent attacks against Turkmens in Syria were also addressed during the meeting; the statement said that Turkey will not turn a blind eye to the problems the Turkic communities and the moderate Syrian opposition are facing.