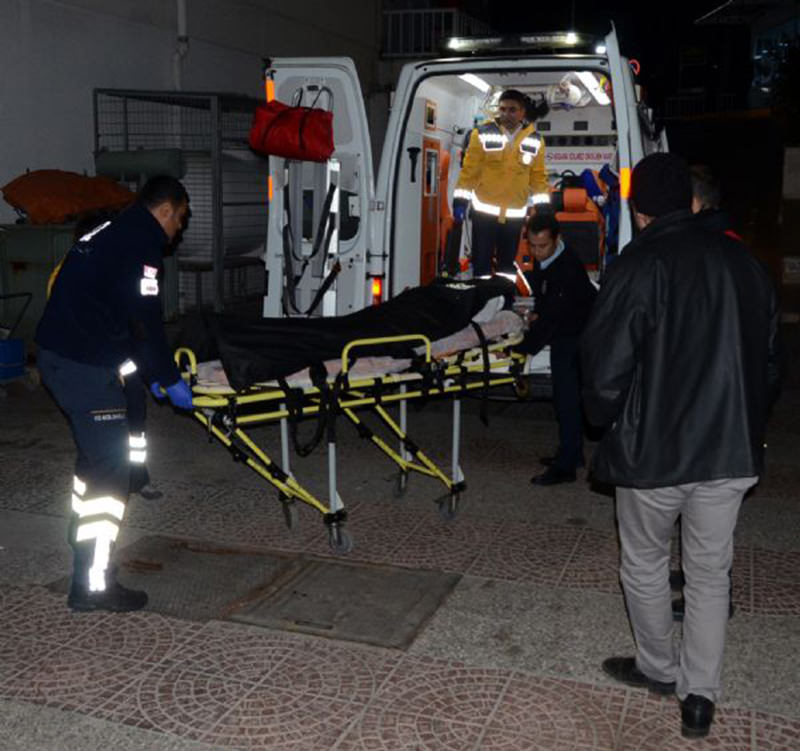 |DHA Photo
by Daily Sabah Dec 19, 2015 12:00 am
Death toll has risen to 18 as a boat attempting to smuggle Iraqi and Syrian migrants from Bodrum district of Turkey's western Muğla province to Greece's Kos Island sank on Saturday off Turkey's western coast.

Another 14 people, among them Syrians, Iraqis and Pakistanis, were pulled to safety by the Turkish coastguard, the Doğan news agency reported.

One of the woman was reportedly found dead in a position of breastfeeding her baby in the boat's cabin. Meanwhile, it was reported that 10 children and four women were among the refugees found dead.

They were taken to hospital in serious condition, suffering from hypothermia, the agency said.

The wooden boat - packed with refugees, including Syrians and Iraqis - was seeking to reach the Greek island of Kos when it sank in Bodrum Bay, around two nautical miles off Turkey's coast, survivors said.

According to December figures from the International Organization for Migration (IOM), 627 people have died in the Aegean Sea en route to Greece from Turkey. Though no data is available on the nationalities of the migrants, Syrians are believed to form the majority of migrants seeking a better life in Europe, along with Afghanistan where the Taliban threat still looms large. More than 770,000 migrants have arrived in Greece this year, according to IOM figures.

Turkey, due to its proximity to both Syria and Greece, struggles to cope with the influx and repeatedly urges the international community to help resolve the conflict in Syria to prevent a further refugee flow, as well as financial aid to help the more than 2 million refugees it hosts.
Last Update: Dec 19, 2015 12:33 pm
RELATED TOPICS