18 terrorists, one soldier killed in anti-PKK ops in southeastern Turkey 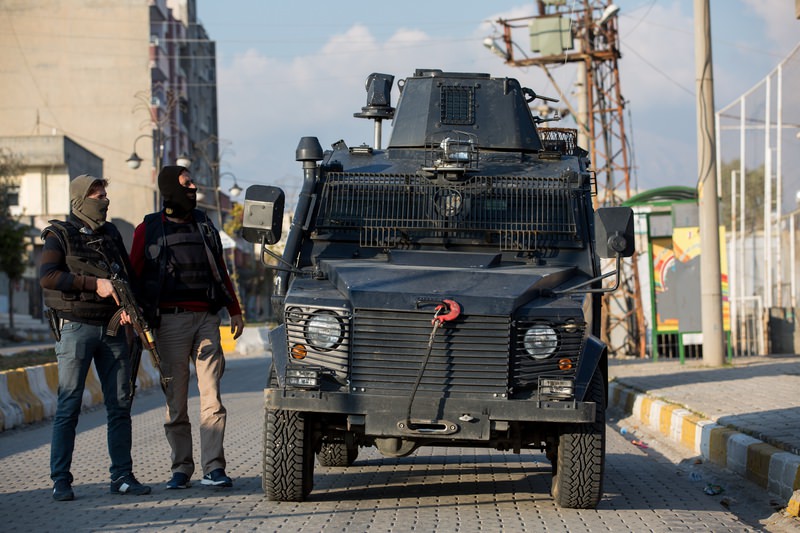 by Daily Sabah Dec 20, 2015 12:00 am
18 PKK terrorists and one Turkish soldier have been killed in ongoing operations in southeastern districts of Turkey over the last 24 hours, the Turkish Military announced Sunday.

A statement released on the military's official website said that security forces had been operating in the towns of Cizre, Sur and Silopi, with 18 of the terrorists having been killed.

Also a Turkish soldier has been killed on Saturday morning during the clashes between PKK terrorists and security forces.

A joint security operation including the Turkish police, gendarmerie and military was launched on Tuesday in the Şırnak province "to neutralize the members of the separatist terrorist organization, nesting in residential areas", "to establish public order and security "and" to enable civilians to resume normal living conditions".

A total of 128 PKK terrorists have been killed in ongoing anti-terror operations in Turkey's southeastern provinces over the last five days.

The PKK -- considered a terrorist organization also by the U.S. and the EU -- resumed its armed campaign in late July. Since then, more than 200 members of the security forces have been martyred and over 1,700 PKK terrorists killed in operations across Turkey and northern Iraq, including airstrikes.
Last Update: Dec 20, 2015 2:10 pm
RELATED TOPICS