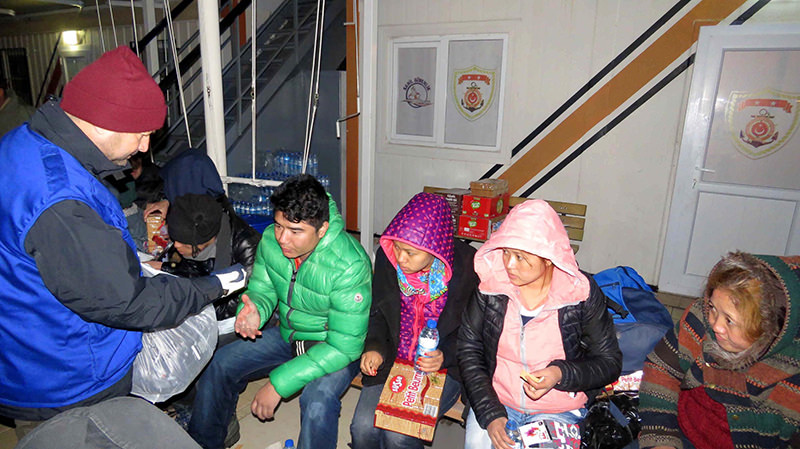 The rescued came from Afghanistan, Burma and Tibet, said a Turkish Coast Guard official on condition of anonymity.

The incident took place off the coast of the province's Ayvacık district in the Aegean Sea. The boat was headed towards the Greek island of Lesbos.

According to the International Organization for Migration, 3,563 people have died in the Mediterranean so far this year as they attempted to reach European shores, a figure that includes 589 around Turkey.
Since the start of the year, the organization has recorded 653,075 migrants arriving in Greece and 512 migrant deaths in the Aegean region.

Western Turkey is a key launching point for refugees seeking to reach the EU. Several Greek islands are within sight of the coastlines of Çanakkale, İzmir and Muğla provinces, providing a tempting glimpse for migrants who have often travelled thousands of miles to reach Europe.