Over 300,000 Syrians receive education in Turkey 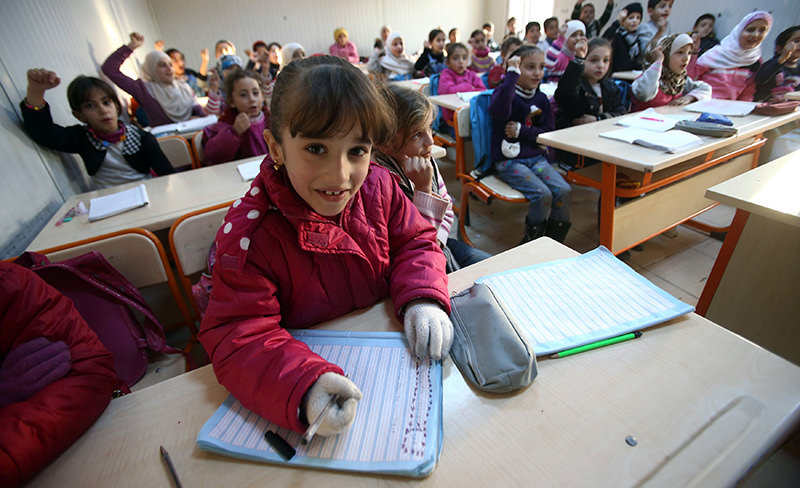 Syrian refugee children attend a class on December 14, 2015, at a school in the u015eanlu0131urfa province near the Syrian border. (AFP Photo)
by Anadolu Agency Dec 23, 2015 12:00 am
Some 300,000 Syrian refugees, who fled their country due to the civil war, are currently provided with an education in Turkey, said a Turkish official Wednesday.

The Turkish Ministry of Education deputy secretary Yusuf Büyük told Anadolu Agency that great efforts had been made to integrate Syrians into the education system in the country's 81 provinces.

Büyük stated again that Turkey was currently hosting nearly 2.5 million refugees, and it has spent around 8 billion euros ($8.73 billion) on providing for the refugee population since 2011.

He said that the Syrian students attended public schools and temporal education centers in refugee camps and in city centers.

"They are our guests. They have rights to education under both national and international law," Büyük said.

Büyük added that Turkey wanted to integrate all Syrian children into the schools.

"Until the end of the school year, we will integrate 150,000 more Syrian children into the schools," he said.

Büyük also added that the Syrian university students will not pay the entry fee.

Syria's devastating civil war, now in its fifth year, has left at least 250,000 people dead, according to the UN.