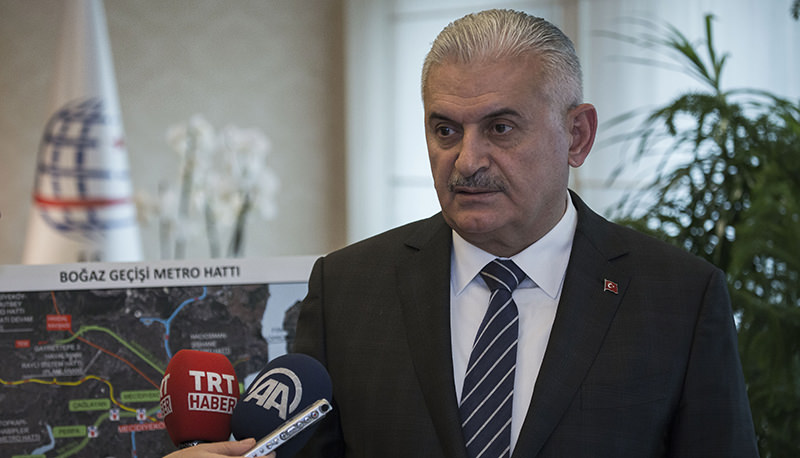 | AA Photo
by Daily Sabah with Agencies Dec 24, 2015 12:00 am
Turkey has the necessary legal groundwork to combat foreign-based cyber-attacks on internet servers which started on December 14 and continue to this day, Minister of Transportation, Maritimes and Communications Binali Yıldırım said on Thursday.

"We already have the necessary groundwork and teams regarding cyber-security" Yıldırım said, who noted that attacks continued in different forms.

Turkish Internet servers have suffered one of the most intense cyberattacks ever seen in the country over the last week, with limited access to state and banking websites, raising fears Ankara may be a target of political hackers.

Officials have noted that the reason behind access problems to some sites could be linked to precautions taken by these websites against cyber-attacks.

Yıldırım noted that there is no chronic problem to completely affect Turkish internet servers, while noting that private banks have their own defense systems against such attacks.

Internet experts said it was not clear who was behind the attacks that began on Monday. But Nic.tr, a non-government body that administers addresses for websites using the ".tr" domain, including ministries, the military, banks and many commercial sites, said they originated from "organized sources" outside Turkey.

Local media reports have suggested a flood of traffic to Turkish internet servers handling more than 300,000 websites, could be coming from Russia. They cited Turkey's soured relations with Moscow after the downing of a Russian warplane over airspace violation last month.

The disruptive traffic, known as a DDoS (Distributed Denial of Service) attacks - in which thousands of computers targeted at specific Internet targets - resulted in web speeds plummeting at some sites, Nic.tr said.

"While both the size and duration of the attack are notable, neither is unheard of. We don't have enough information to start speculating on whether this is related to specific countries or which kind of group or single individual may be behind it," said Artturi Lehtio of Finland-based internet security company F-secure.
Last Update: Dec 24, 2015 10:07 pm
RELATED TOPICS