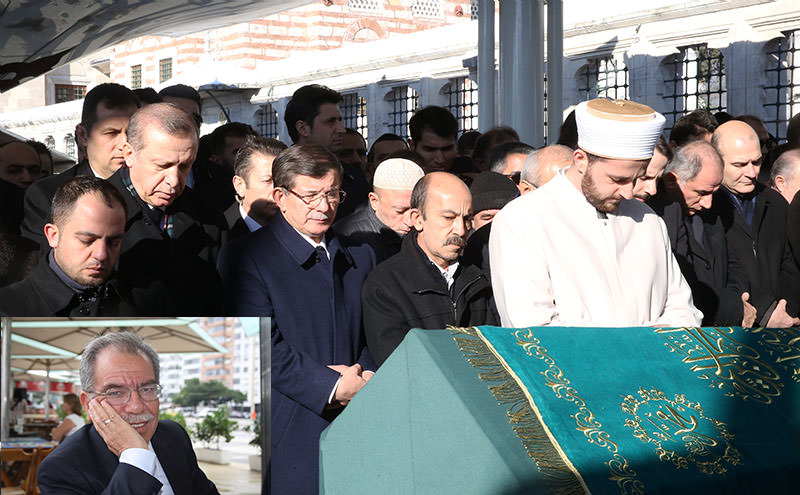 
Colleagues, friends and family of Hasan Karakaya, the editor-in-chief of Yeni Akit daily, bade farewell to the notable journalist on Friday, two days after he died of a heart attack in Saudi Arabia.

A funeral was held at Fatih Mosque in Istanbul for Karakaya who was in Medina with a delegation of journalists accompanying President Recep Tayyip Erdoğan.

President Recep Tayyip Erdoğan and Prime Minister Ahmet Davutoğlu were among the hundreds of people who attended the funeral. "I knew him for years. He was a brave journalist who openly voiced his opinion even in troubled times. He never bowed down to pressure at times when the media was silent in the face of oppression," Davutoğlu told reporters at the funeral, whereas the president read verses from the Holy Quran.

Karakaya and his newspaper, then named Vakit, was subject to a string of lawsuits in the 1990s, a time of political turmoil in the country that saw the infamous postmodern coup in 1997 and a witch hunt for journalists who criticized the pressure from the secular elite on conservatives. Vakit was one of the most prominent papers that denounced the pressure on the conservative society and was targeted by a high number of lawsuits.

Known for his scathing writing style and criticism of secular circles in the country, Karakaya was a beloved figure even among his critics. Main opposition Republican People's Party (CHP) Chairman Kemal Kılıçdaroğlu was among those who expressed his condolences to Karakaya's family and colleagues. Yeni Akit CEO Mustafa Karahasanoğlu told reporters before the funeral that Kılıçdaroğlu said to him that although Karakaya wrote many articles denouncing the CHP he was an honest journalist.

Karakaya started his career in journalism in the 1970s, and after a stint in several dailies as a journalist and managing editor, he joined Akit daily, which later renamed as Yeni Akit. Karakaya was also a member of the Wisemen Committee, a government-sponsored delegation of intellectuals founded in 2013 to raise awareness on the reconciliation process between the state and the PKK to restore the rights of the Kurdish community.

"People die as they lived. [Karakaya] led a beautiful life and gave his last breath in the presence of Prophet Muhammad," Davutoğlu said about Karakaya, referring to his trip and "umrah" pilgrimage in Saudi Arabia.
Last Update: Jan 01, 2016 6:51 pm
RELATED TOPICS