2 deaths reported in Adana over weekend due to swine flu: Ministry of Health 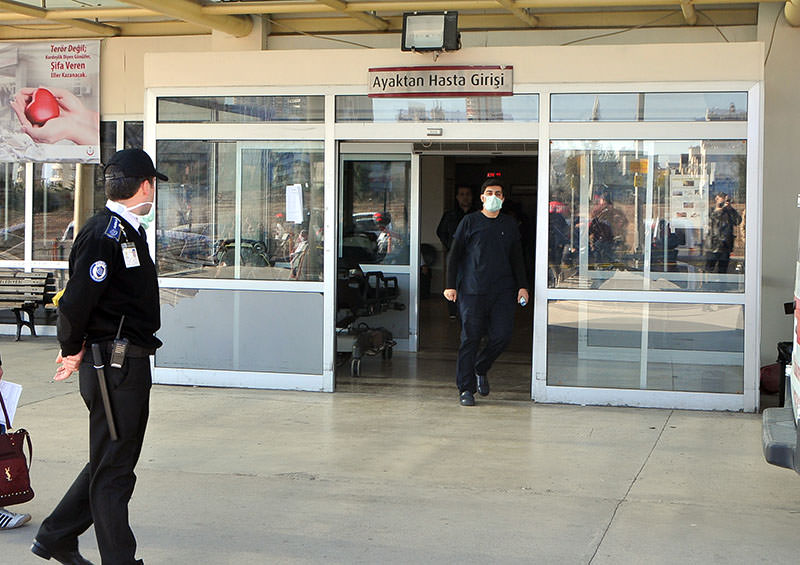 by Daily Sabah Jan 04, 2016 12:00 am
The Ministry of Health announced on Monday that two of the three people who lost their lives over the weekend in southern Adana province, had swine flu.

The officials said, the H1N1 virus, also known as swine flu had led to various illnesses in these two people, which led to their death.

According to reports, two of the deceased were Syrians, while the other was a pregnant Turkish woman. They were on Saturday admitted at state-run Adana Hospital with high fever.

At the time, it was reported that the exact cause of deaths was not identified yet, although the Adana Governor had said that the three had suspected H1N1 virus.

Swine flu was first reported in Turkey in 2009. Initially a strain of flu transmitted to humans from pigs, it mutated into a virus that can be transmitted between humans. Its main symptoms are fever, cough, a sore throat and joint pains.

It is an airborne virus that spreads through coughing and sneezing, and doctors warn the public to wash their hands frequently and stay away from suspected patients. The virus is usually lethal among pregnant mothers and infants, although it can also affect those with existing chronic illnesses and a weak immune system.
Last Update: Jan 04, 2016 10:06 pm
RELATED TOPICS