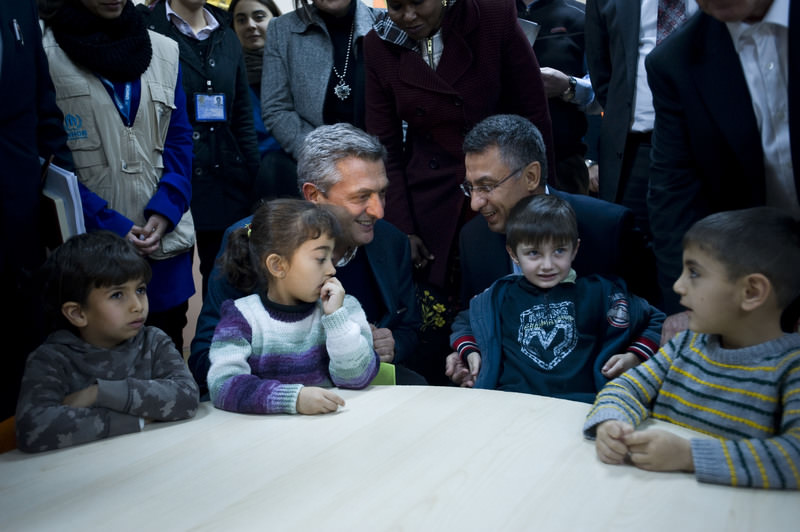 by Daily Sabah with AA Jan 15, 2016 12:00 am
The new head of the UN's refugee agency visited a camp in southeastern Turkey on Friday.

Filippo Grandi, who became the High Commissioner for Refugees earlier this month, arrived at the camp in Gaziantep province's Nizip district where some of the near 2.5 million refugees housed by Turkey are staying.

"They want to go back to their country as soon as the peace comes," Grandi told journalists when asked what the families he met had told him.

The Italian diplomat visited a training center for Syrian women and a kindergarten. He also met the president of Turkey's Disaster and Emergency Management Authority, Fuat Oktay.

The Nizip camp is one of 25 around Turkey housing around 280,000 Syrian refugees.

The Syrian civil war has claimed more than 250,000 lives and turned the country into the world's largest source of refugees and displaced persons.
Last Update: Jan 17, 2016 2:53 pm
RELATED TOPICS