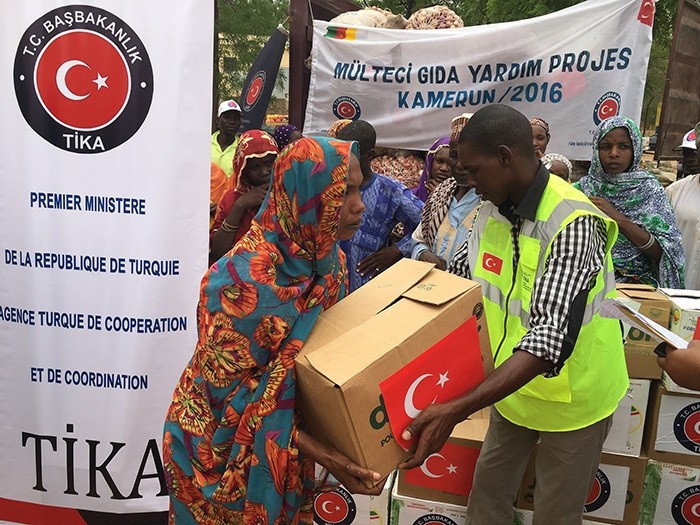 In a statement late on Wednesday, the aid agency said it gave food and supplies to refugees during an official ceremony in Minawao camp in Cameroon's Far North Region.

Minawao camp hosts more than 50,000 Nigerian refugees, according to the UNHCR

Speaking in the Far North regional capital Maroua, Bakari praised Turkish help for refugees and emphasized the importance of help from the Turkish aid agency in difficult times.

Ulku said Ankara would continue to provide support to other regions although Turkey itself already hosts millions of refugees.

Turkey shelters around 2.7 million Syrian people, making it the country with the largest refugee population in the world.

The conflict between government forces and Boko Haram in northeastern Nigeria has forced more than 70,000 people to flee to Cameroon, following attacks on their villages in Nigeria's Borno, Adamawa and Yobe states.

In addition, the conflict has spilled over into Cameroon, where some 158,000 people are internally displaced, according to the UN.