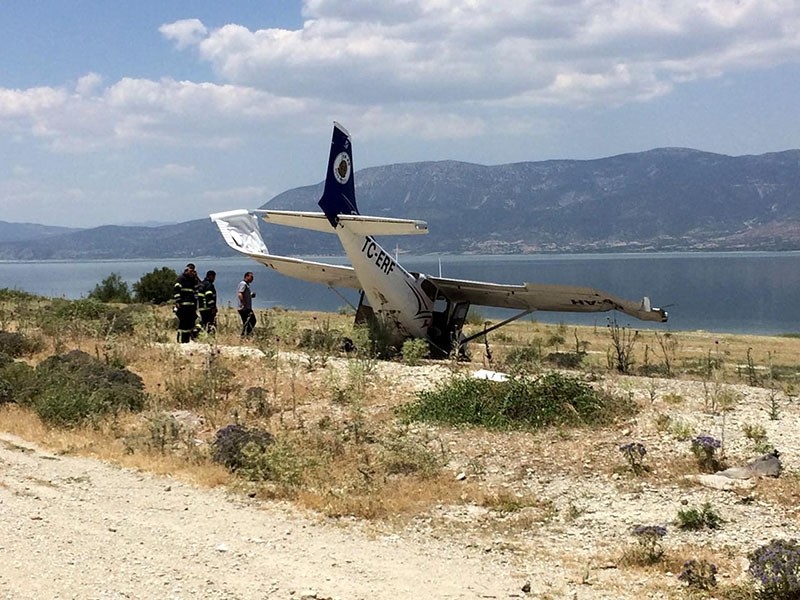 A training plane Saturday made an emergency landing on a beach near the Lake Burdur, 15 minutes after its take-off, Doğan news agency reported.

The plane, which belongs to the Erah Flying School, took off from the Süleyman Demirel Airport located in Turkey's western province of Isparta at 12.30 p.m. local time on Saturday.

About 15 minutes after the take-off, the plane was reportedly forced to make an emergency landing on "Şeker" Beach near the Lake Burdur. The plane was carrying an instructor pilot and a student.

Ambulances were dispatched right away to the scene. The instructor and the student were reported to be in good health.