Why is it so hard to love one another? Pop star Madonna asks after deadly Istanbul attacks 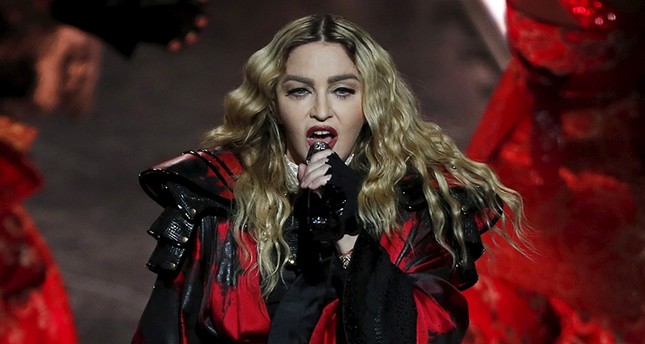 World leaders were not the only ones to condemn and offer condolences for the deadly terrorist attacks on Istanbul's Atatürk Airport, which killed 43 people. Celebrities and famous figures alike reacted to the brutal attacks and expressed that they stand in solidarity with Istanbul and Turkish people, with pop star Madonna questioning the lack of compassion for others.

Your Terror is our Terror! Stop the Violence! 🙏🏻 Pray for Turkey. Pray for Peace! pic.twitter.com/iXT3nLv5sc

''Pray for Istanbul. Pray for Turkey. Why is it so hard to love one another?'' Madonna wrote on her official Twitter account in another message.

Another message came from the Indonesian fans of the famous music band Coldplay.

Terrorism against the world where should be full of love & peace. Spread love not hate #BelieveInLove #PrayForTurkey pic.twitter.com/aJ5ggqJQUo


Pink also reacted by saying: ''Sending heartfelt condolences and many prayers for those affected in Turkey.''

Sending heartfelt condolences and many prayers for those affected in Turkey.


''We all pray for innocent people in Turkey Airport'' pop star Cher said, while others such as Christina Perri simply wrote #prayingforturkey.

U.S. Secretary of State Hillary Clinton urged Americans to ''stand united with the people of Turkey against this campaign of hatred and violence.''

43 people, including 19 foreign nationalities were killed in Istanbul's Atatürk Airport on Tuesday night after three terrorists opened fire on civilians and blew themselves up in a Brussels-airport style like attack.

Share on Facebook Share on Twitter
Previous in Turkey Two soldiers were killed and three were injured on Wednesday in a... Next in Turkey Istanbul is set to host one of the world's largest science events...
DAILY SABAH RECOMMENDS