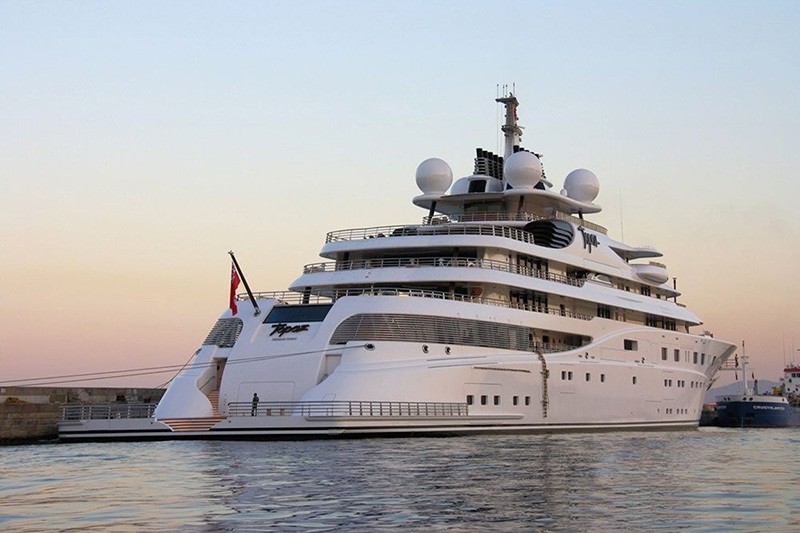 According to an Anadolu Agency report, the Emirati sheikh paid nearly half-a-million US dollars to fuel up his 149-meter long yacht, Topaz, which is one of the top 10 most expensive yachts in the world. The yacht, worth about $442 million, reportedly did not fit in the Marmaris marina, so it was brought to the Marmaris Port. The report added that Sheikh Mansoor bin Zayed al-Nahyan was not on the yacht during the process.

Six tankers, carrying 730,000 liters of fuel, will fill up Topaz, which was said would to take roughly five hours.

The yacht, which employs 50 personnel, has six luxury suites and can host 12 guests. It also has a heliport, swimming pools, dining and meeting halls.