Democracy watch rallies conclude but the spirit goes on 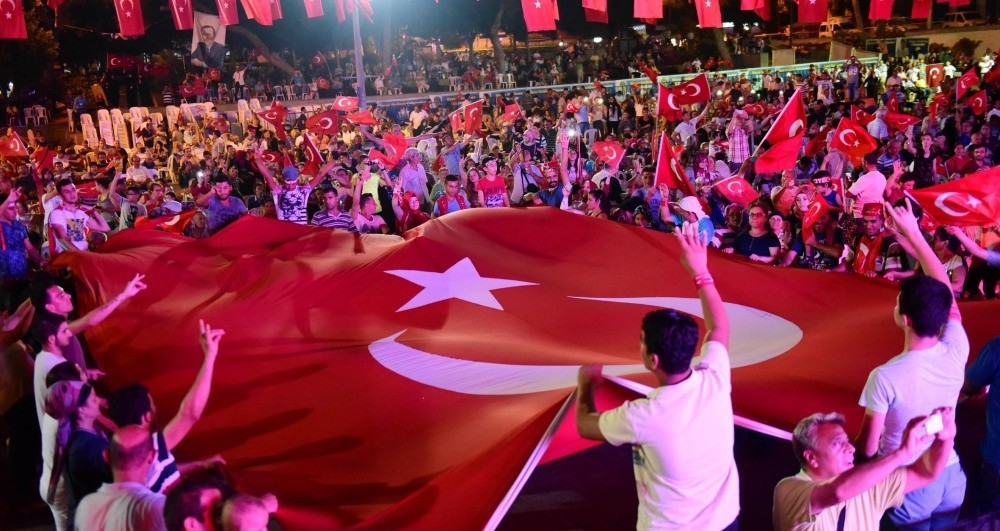 'Democracy watch' rallies held across Turkey following the coup attempt on July 15 by the Gülenist terror cult ended Wednesday, although the prime minister said they only 'put a comma' on the solidarity events, which may resume in the near future

Pro-democracy rallies that became a nightly staple following the coup attempt on July 15 by the Gülenist terror cult came to an end yesterday. The nationwide events to display public unity against putsch attempts were called for by the nation's leaders, and they similarly urged the public to end the rallies, although Prime Minister Binali Yıldırım has signaled that they may resume in the near future, stating that on Tuesday, Turkey would "only put a comma, not a full stop" to the rallies. At a massive rally on Sunday that attracted millions, President Recep Tayyip Erdoğan announced that the rallies would officially end on Wednesday. "Those who attempted to stage a coup lost, and our nation won. We will continue this state of togetherness and advance our country. We have a great nation, and I salute those who spent every night in the squares and streets, sleeping on chairs. I salute those parents who attended the democracy watch with their newborn babies, and our youth who never lost their enthusiasm in those rallies." 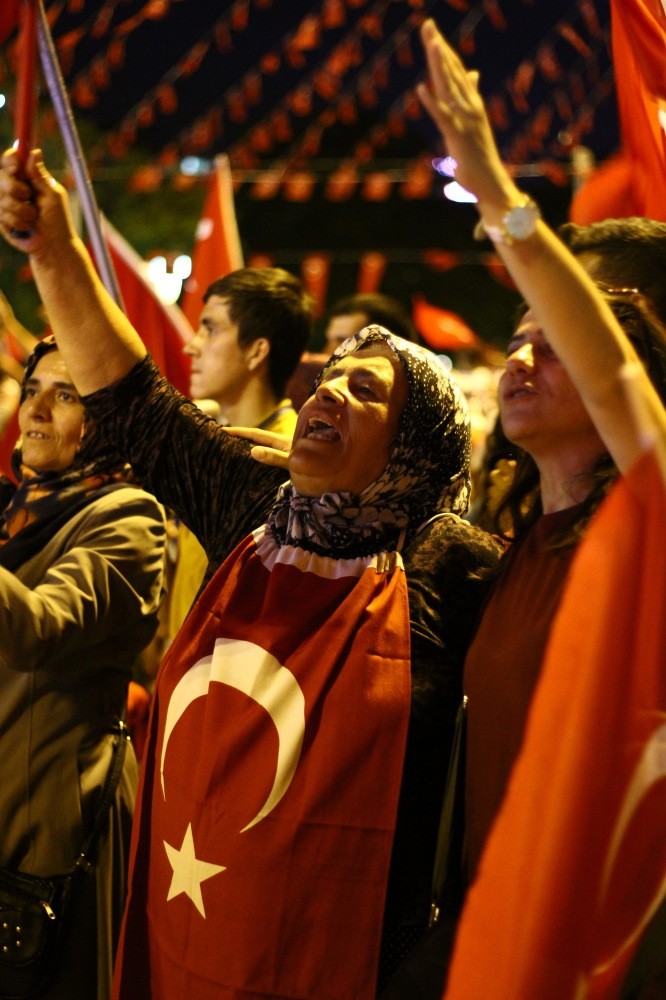 Turkey was rocked by an attempted coup on July 15, the third major attempt in the history of the Turkish republic by the military to seize power. Ankara has alleged that the coup plotters are linked to U.S.-based former imam Gülen, who is accused of leading the eponymous terror cult, and of trying to overthrow the government and assassinate Erdoğan. The coup attempt did not find support from military commanders, and Chief of General Staff Gen. Hulusi Akar was hailed for his stand against the putschists that held him hostage. In the end, troops and police units loyal to the state and thousands of unarmed civilians who stood in front of tanks tried to convince soldiers to lay down their arms, succeeding in quelling the coup attempt. In the process, more than 246 people were killed - the majority civilians - and more than 1,440 people were injured. At least 2,800 officers linked to the coup were detained or arrested after July 15, while those with links to Gülenists have been dismissed in all state institutions. Massive purges are still underway to weed out suspected sympathizers of Gülen within the bureaucracy, military, police, judiciary and political parties.

The rallies were solemn as well as cheerful events where people carrying Turkish flags and photos of their "commander-in-chief," Erdoğan, credited by the public with fighting off the coup by mobilizing the people to stay in major squares. While singing patriotic songs, crowds have celebrated public resistance and commemorated the martyrdom of hundreds of civilians and security personnel who died confronting the coup plotters. 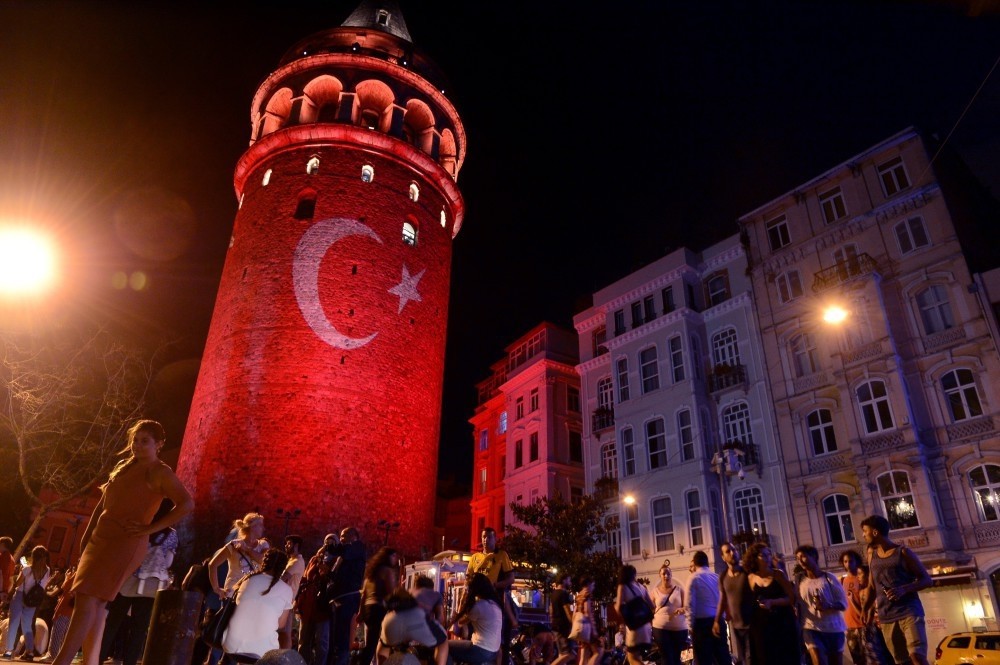 Galata Tower in Istanbul illuminated in colors and symbols of the Turkish flag following the foiled coup attempt.

The public -- at the forefront of efforts to stave off the coup attempt -- seems unwilling to end the pro-democracy rallies. Zehra Aktar, a woman attending a rally in the western city of İzmir, told Anadolu Agency that the events have never been politically-charged occasions, as was claimed, and she was sorry they were ending. Sultan Türker, another "democracy watcher," said she is ready to continue attending rallies if they are "extended to July 15, 2017." Metin Akçalı said attending the rallies was to "ensure that others won't take over these squares and streets," referring to the coup plotters. Akçalı, a regular participant in rallies in İzmir, said he would keep a "democracy watch" even if he were the only person to attend the rally, "to show the strength of the nation," adding: "People now know how to react in case of a coup attempt. If it happens again in the future, people will take to the streets without calls by president or others."
RELATED TOPICS