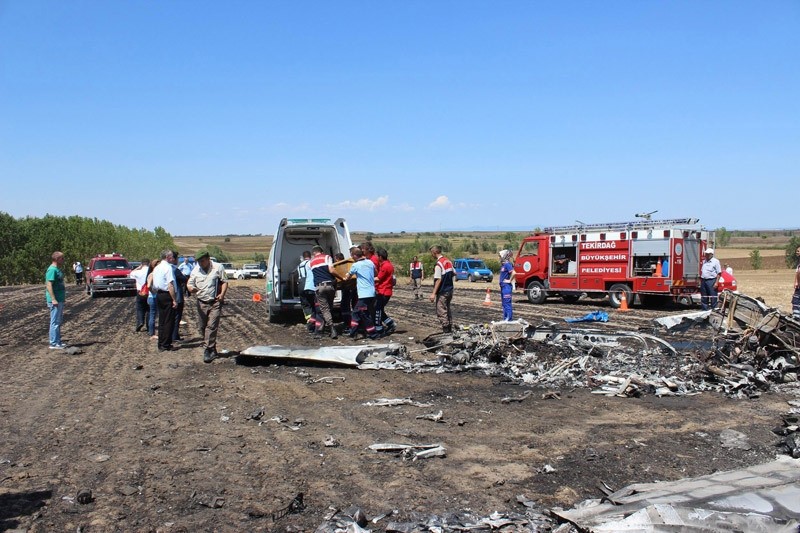 Two people died on Wednesday when their training aircraft crashed in Turkey's northwestern province of Tekirdağ, according to security sources.

Pilot Yusuf Akşahin and his aviation student Alper Oran lost their lives after the twin-engine training plane belonging to a private flight academy crashed near the Ahimehmet neighborhood of Tekirdağ's Ergene district.

It is not yet known why the Cessna-model aircraft crashed.

Images from the scene show burning wreckage. After the crash, fire crews were dispatched to the area, according to Anadolu Agency correspondents at the scene.