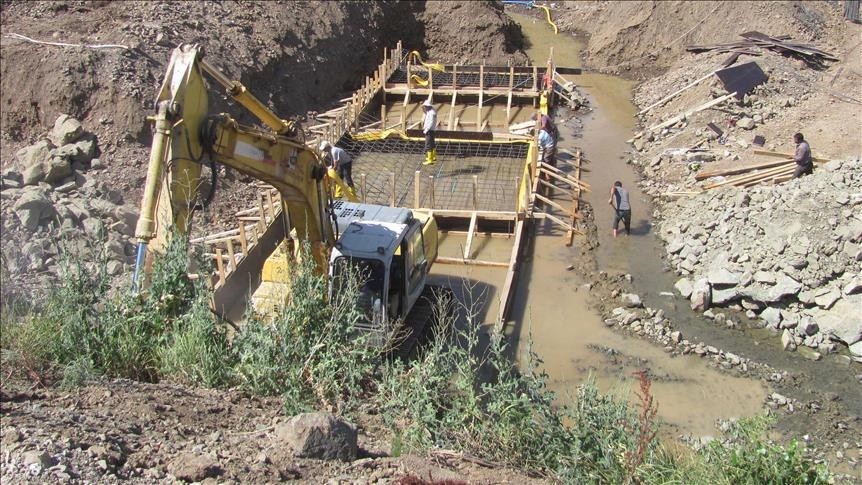 The project was initiated by Korkut Tufan, Turkish ambassador to Burkina Faso, in three different localities in the West African state.

According to the ambassador speaking on Thursday, Burkina Faso and Turkey share similarities given that the African state went through a failed coup attempt in Sep. 2015.

"As you know Turkey was victim of a horrible coup attempt in the night of July 15 that fortunately failed thanks to the heroism of the Turkish people. Unfortunately we lost 240 people," Tufan said during an inauguration ceremony in Komsilga municipality.

The ambassador also spoke of a humanitarian project aimed at preserving "the memory of the martyrs, like monuments that have been dedicated to their memory in Turkey".

"I particularly wanted their names to live outside Turkey," Tufan added.

"Burkinabe and Turkish people acted as heroes. People lost their lives to save democracy and that is something which unites us today," the ambassador said before asking the people to observe a minute of silence in memory of Turkish and Burkinabe martyrs.

The construction of the three wells cost nearly 25,000 euros [$28,200] according to Tufan who promised to build more "until not a single village is without a water well in Burkina Faso".