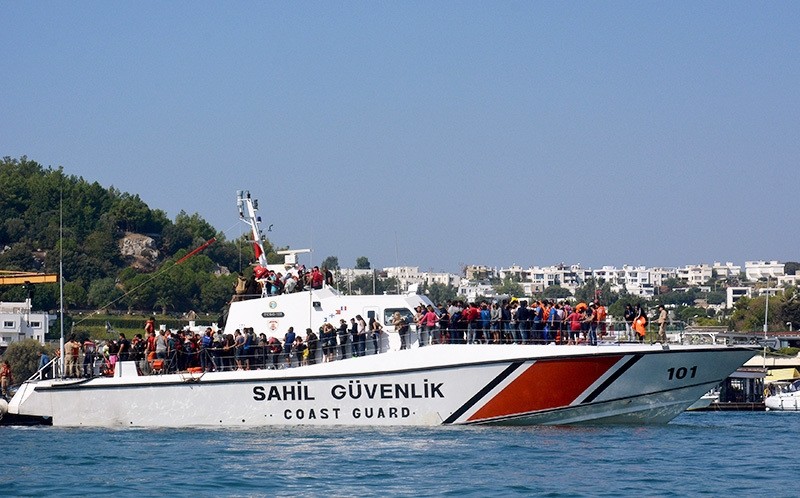 Turkish Coast Guard teams have so far in August captured over 900 illegal migrants, including women and children, who were trying to get to European countries from Turkey's western coast, security sources said Saturday.

Speaking on condition of anonymity, the officials said that 918 illegal migrants were captured off Turkey's western coast in operations to halt human trafficking in the Aegean and Mediterranean seas.

The Coast Guard captured 538 migrants who were trying to ilegally cross the country in June, and 881 others in July.

The migrants' "journey of hope" has so far risen by 70 percent in August compared to the previous month.