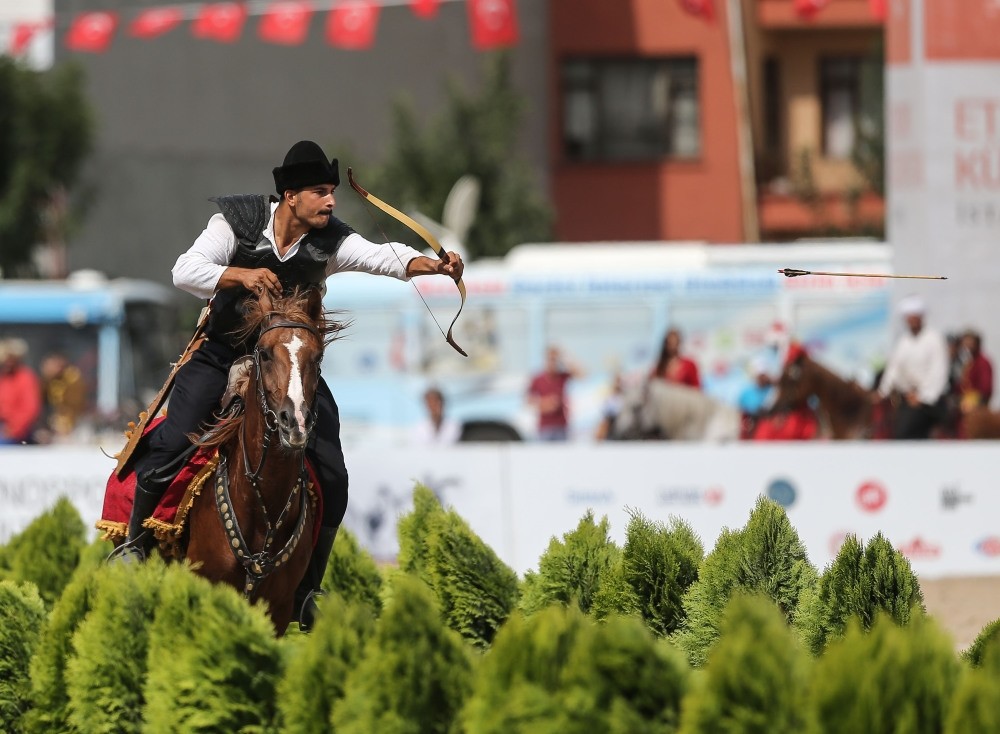 by daily sabah Aug 29, 2016 12:00 am
The Ethnosports Culture Festival, an event that brought together performers of traditional, ancient sports from around the world, closed yesterday with a high turnout. Over the three days of the event in Istanbul, people flocked to the venue in the Küçükçekmece district to watch the ancient sports, mainly from Turkic countries, ranging from horseback archery to Kyrgyz wrestling. The festival, organized by the World Ethnosports Confederation, also offered insight into the culture of participating countries.

Bilal Erdoğan, the son of President Recep Tayyip Erdoğan and head of the confederation, told Anadolu Agency on the closing day that the event drew a large number of visitors.

"This was actually an event that is a precursor to World Nomad Games. Our confederation is a main contributor to that event but we wanted to organize this festival to showcase the sports that would be performed in the Nomad Games. We aim to make these traditional sports more popular," he said. "As a matter of fact, ethnosports is a mission of ours to revive sports almost forgotten in the shadow of the dominant sports industry today and to enable athletes and performers of these sports to become licensed and recognized," he added.
RELATED TOPICS