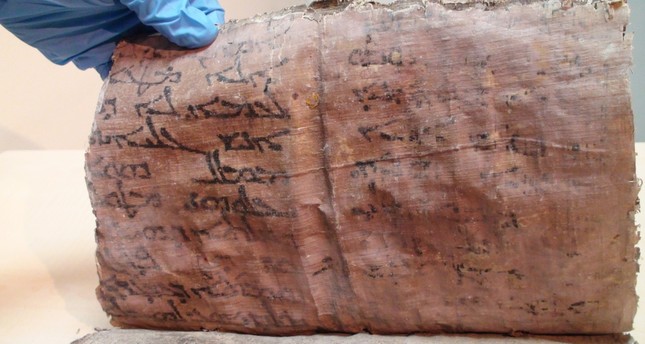 Police in the central city of Aksaray have confiscated an ancient Bible, believed to have been written in the 11th century, after two suspects tried to sell it.

Local museum officials are now examining the authenticity of the holy book inscribed with figures of Jesus Christ and crosses. The Bible, written on gazelle skin, was damaged and has only 20 pages that have survived to this day. It is not known how the suspects, who were stopped by police after a tip-off as they were traveling to meet potential buyers, came into possession of the book.

Local museum officials and laboratorians are studying the manuscript to determine if it is authentic or not.

Aksaray was once an important city in the ancient Cappadocia region, which was a major settlement for Christians, especially during the Iconoclasm period. The community thrived long after the start of Muslim reign in the 11th century.

Share on Facebook Share on Twitter
Previous in Turkey This year's Zeytinli Rock Festival was bigger than ever, showing that... Next in Turkey Turkey, a country embattled with an influx of refugees from neighboring...
DAILY SABAH RECOMMENDS