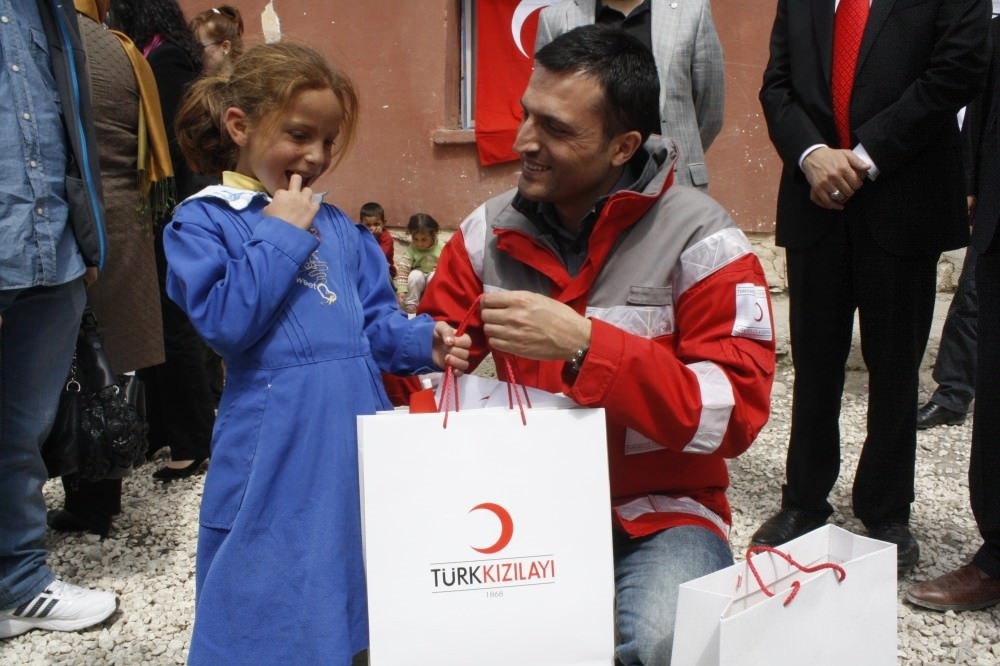 With celebrations are right around the corner for Qurban Bayram (Feast of the Sacrifice) holiday, Turkey's top charity institutions have rolled up their sleeves to deliver aid to those most in need

Turkish Red Crescent Director Mehmet Güllüoğlu said the Turkish Red Crescent is organizing a Qurban Bayram (Feast of the Sacrifice) campaign both in Turkey and abroad this year. He has recently announced that the number of animals donated to the institution for sacrifice has exceeded 40,000 and they expect to surpass the year's target, which is 52,000 donated animals. Stating that the institution is ready for the holiday, Güllüoğlu said: "We expect to sacrifice more than 50,000 animals. We are all set. The animals will be sacrificed in 30 different spots, including the Middle East, Africa, Asia and the Balkans."

Speaking to the press, Turkish Red Crescent General Manager Kerem Kınık said the institution continues to provide humanitarian aid to the eastern and southeastern parts of Turkey, where terror operations are still being carried out. He Stated the most important thing is to provide emergency aid to families in need, and that the Turkish Red Crescent will continue to help these regions in terms of education, settlement, shelter, clothing and psycho-social support.

The Presidency of Religious Affairs also receives donations for animal sacrifice and plans to sacrifice animals in 530 regions and 130 different countries around the world. The presidency will distribute the meat of sacrificed animals to the people in need in order to establish a sense of charity among different nations around the globe.

The Presidency of Religious Affairs General Manager Mustafa Tutkun stated that the presidency will sacrifice the most animals in Gaza, which has been under Israeli blockade for years. The presidency will cherish the Qurban Bayram joy with thousands of Gazan families. Stating that Turkey is very sensitive to the needs of Palestinians, Tutkun continued, "We will proxy-sacrifice 1,400 animals in Gaza. This donation might help our Palestinian brothers and sisters who have faced various difficulties throughout the year." Tutkun also said the proxy-animal sacrifice will take place around the world including Turkey.
RELATED TOPICS