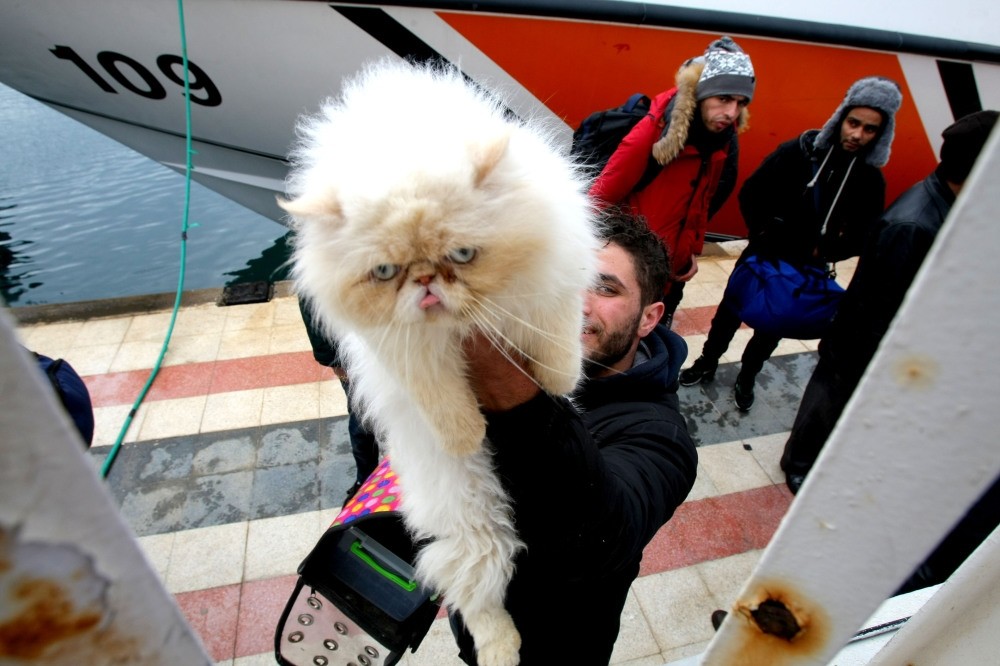 While others were seeking to travel light for a dangerous journey across the Aegean Sea, Tariq Kamci chose to carry a little more with him.

Kamci was among 62 illegal immigrants from Syria, Congo and Tunisia who were intercepted by the Turkish Coast Guard off the coast of Çeşme on Friday. When he was taken to the port, he literally let a cat out of bag.

A sulky Persian cat restlessly moved in the hands of its owner, apparently recovering from motion sickness.

As he was waiting for legal procedures to be taken to local immigration authority, Kamci told reporters he loved his cat "Samba" so much, he could not bear to part ways when he decided to board a rubber boat to a nearby Greek island, the main gateway for illegal immigrants into Europe.