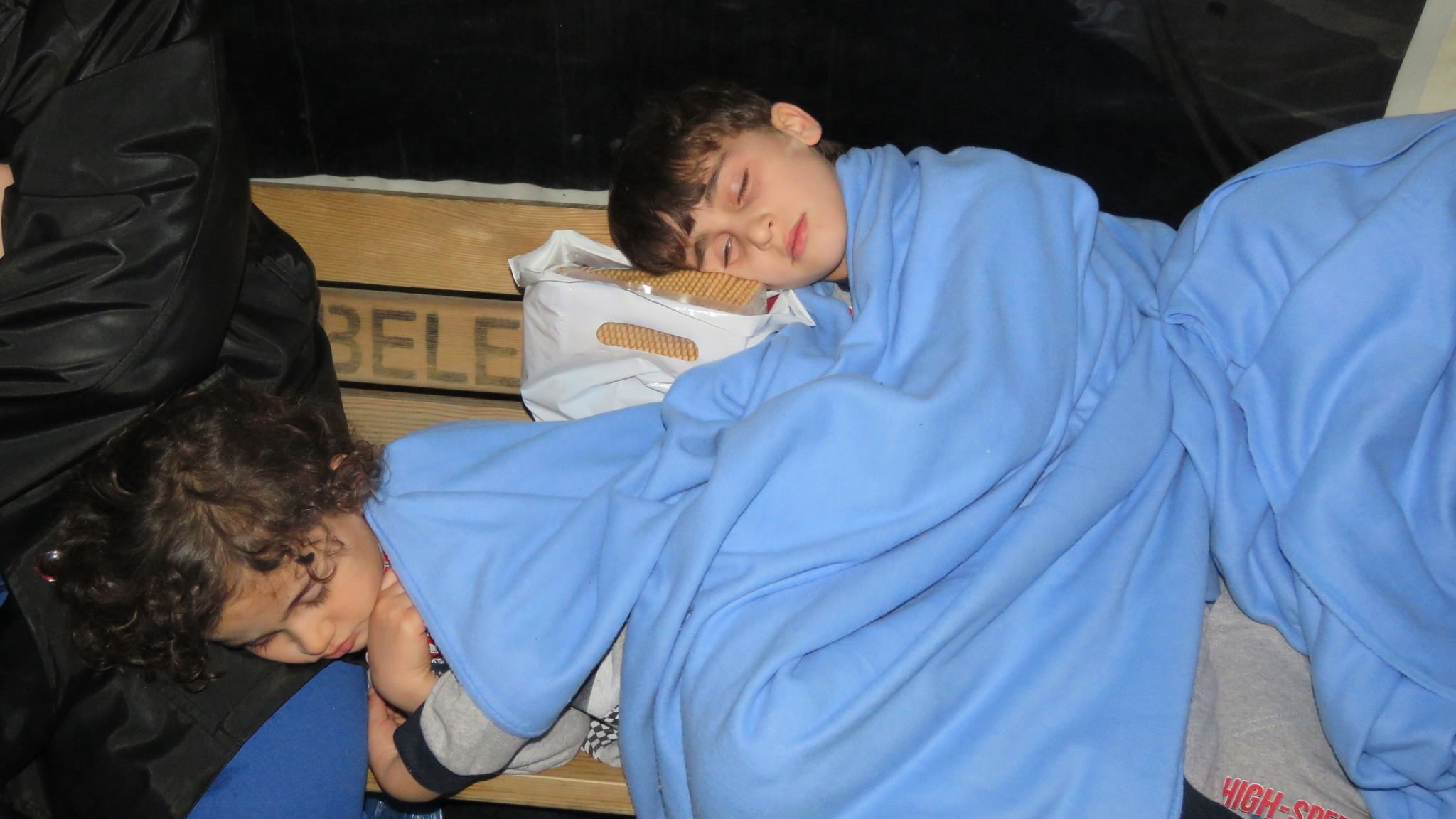 Two children among illegal immigrants sleep on a bench at the port they were taken to in Ayvacu0131k.
by Daily Sabah with AA Feb 06, 2017 12:00 am
Turkish Coast Guard officers rescued 45 illegal immigrants whose boat sank in the Aegean Sea early Sunday morning, while an unidentified Ethiopian woman among them drowned.

The migrants were traveling from Ayvacık, a Turkish town on the Aegean coast, to the Greek island of Lesbos, a gateway to Greece for migrants seeking to reach Europe. Strong winds and a faulty engine led to the sinking of the boat, which was spotted by patrolling Turkish Coast Guard boats some two miles off the coast. Diverse group of migrants from Syria, Afghanistan, Ethiopia, the Democratic Republic of Congo, Eritrea, Bangladesh and Cameroon were brought to the port by Turkish officers and they were supplied with new clothes, food and temporary shelter.

The data seems to reflect the success of the EU-Turkey deal that came into effect last March to put an end to illegal migration and clamp down on human trafficking.

According to the Coast Guard command, 756 people were intercepted in January, compared to 5,506 people in the same month last year. Last month's figure is the second lowest number of people intercepted in the Aegean in two years.

In January 2016, 103 people drowned attempting to reach Greece, while last month there were no recorded fatalities.

Tens of thousands have attempted the short but dangerous journey across the Aegean before heading to northern and western Europe. The International Organization for Migration has estimated there were more than 363,000 arrivals in Europe by sea last year.

Under a deal with the EU, Turkey stepped up efforts to prevent illicit migrants reaching EU member Greece and agreed to take back those who land in Greece in return for the resettlement of Syrian refugees in Europe.