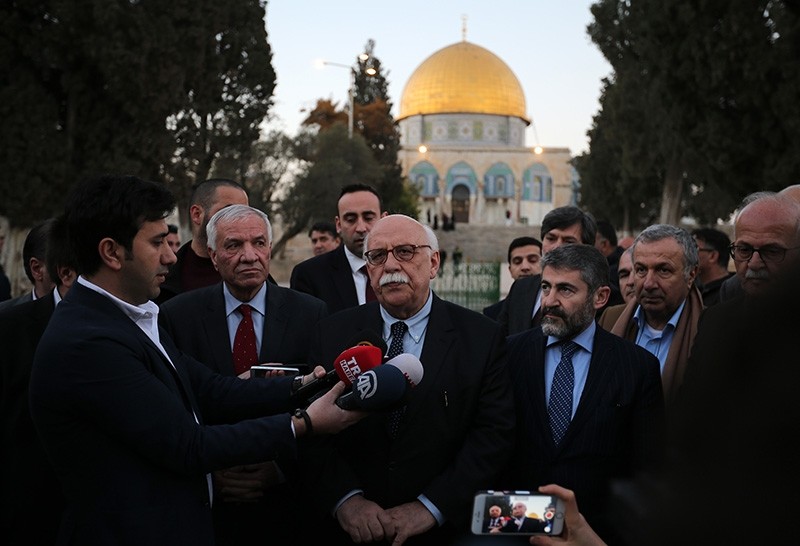 The Al-Haram Al-Sharif Complex (the Noble Sanctuary) also known as the Temple Mount and the Al-Aqsa Mosque are one, and no work to damage its unity should be allowed, Culture and Tourism Minister Nabi Avcı said during a visit to Masjid al-Aqsa in Jerusalem on Wednesday, as he urged more Turkish citizens to visit the holy site in Jerusalem.

Avcı, who was in Israel as part of an official visit to attend an international tourism summit, marking the first time a Turkish official at the ministry level paid an official visit to Israel since relations between the two countries have been restored, said that the complex is significant for all Muslims as it was the first qibla (the direction for prayers) and is a holy place. 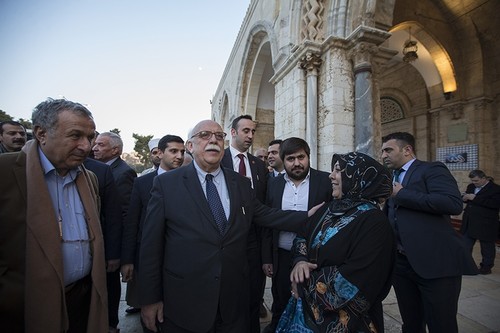 Referring to the latest resolutions by the United Nations Educational Scientific and Cultural Organization (UNESCO), Avcı said that the Temple Mount is a holy site for the Jews, Christians and Muslims, and should be protected as it is a cultural heritage.

Decision: 39 COM 7A.27 by the World Heritage Committee expressed deep concern about "the persistence of Israeli illegal excavations and works conducted by the Israeli Occupation authorities and the extreme settler groups in the Old City of Jerusalem and on both sides of its Walls and the failure of Israel to cease such harmful interventions," and recognized the Al-Aqsa Mosque Al-Haram Al-Sharif, as a Muslim holy site of worship and an integral part of a World Cultural Heritage Site.

The committee also requested Israel to halt violations, and fulfill its obligations under the scope of related UNESCO Conventions.

Avcı, who was welcomed by the director of Masjid al-Aqsa Omar Kiswani, reportedly prayed in the mosque and urged all Muslims and Turkish citizens to visit the site.

Meanwhile, Palestinian officials in the complex welcomed Avcı's visit, and noted that such visits by senior officials means a lot for Palestinians. They also urged more Turkish citizens to visit Masjid al-Aqsa and the complex.

In June, the two countries signed an agreement in Rome. According to the deal, Israel will pay $20 million in 25 days as a compensation for lost lives during the Mavi Marmara flotilla raid and Turkey will drop all cases against the incident.