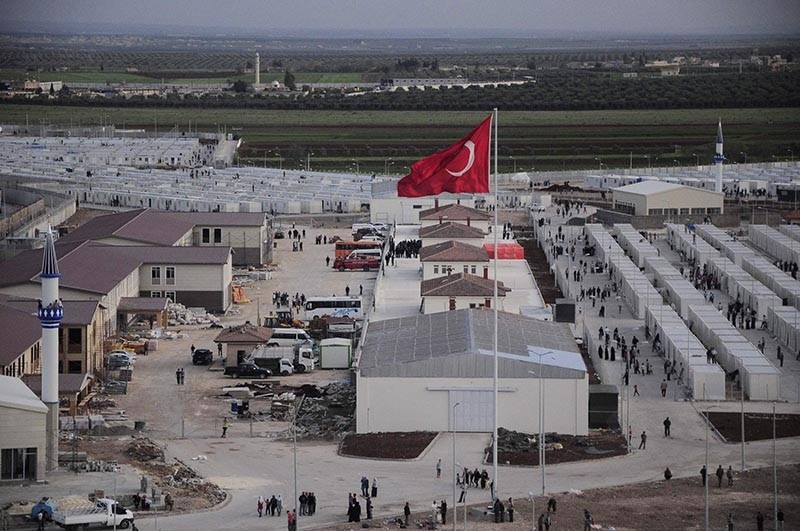 A European Commission report said Wednesday that Turkey was "delivering on its promise" to resettle refugees and that the number of resettlements from Turkey to the EU was continuing to increase.

The document revealed that 2,098 Syrians have been resettled from Turkey to the EU since April 4, 2016, including 487 since the previous report.

According to the EU-Turkey agreement, signed in March 2016, a total of 72,000 refugees should be resettled to the EU from Turkey.

The March 18, 2016 deal underlines that for every Syrian person returned to Turkey from the Greek islands, another will be resettled from Turkey to the EU. Refugees who have not previously entered or tried to enter the EU irregularly are given priority in resettlement.

"The Turkish authorities are delivering on their promise to step up efforts to provide larger lists of resettlement candidates," said the progress report.

While Turkey's efforts were hailed, the report criticized the bloc, writing that "further efforts" were needed by member states with regards to the refugee resettlement process.

Dimitris Avramopoulos, the Commissioner for Migration, Home Affairs and Citizenship said, "Relocating all those eligible in Italy and Greece is possible but it takes political will, commitment and perseverance of all member states to make it happen."

While figures vary, around one million refugees have requested asylum to Europe, with most settling in Germany. Turkey, meanwhile, hosts more than 2.7 million Syrians in the country, approximately 3.5 percent of the population.