Turkish Red Crescent to continue to aid wounded from Aleppo 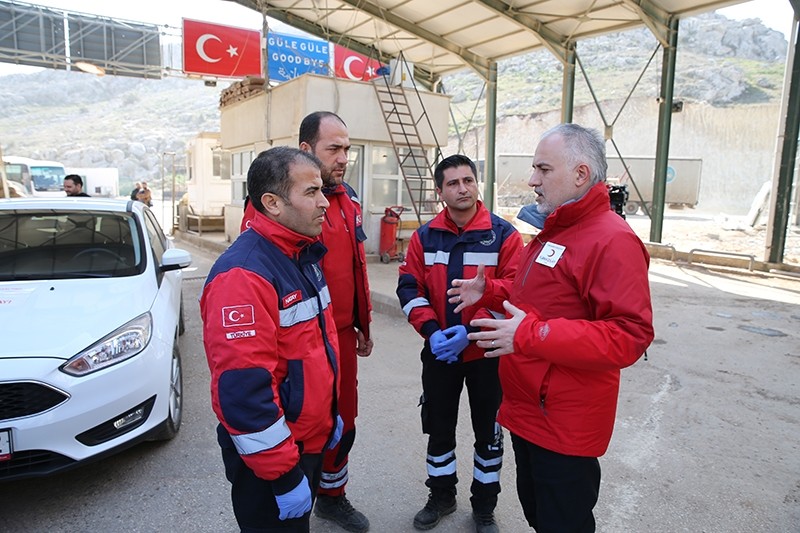 Turkey will continue to aid residents of Aleppo in northern Syria and is currently carrying out a feasibility study to open new hospitals for the wounded, according to head of the Turkish Red Crescent, Kerem Kınık.

Kınık explained that the Turkish Ministry of health is running a study to open two new hospitals in Idlib and Azaz, using a similar framework to the facility set up by Turkey in the liberated area of Jarabulus.

Kınık emphasized that Turkey is the sole supporter of families who live in the camps in Syria.

"So far, 4,300 tons of humanitarian aid, including 2,100 by the Red Crescent, has reached our Syrian brothers. 700,000 people are living in the camps in Idlib. These families are living under very harsh conditions," he told Anadolu Agency.

There are an additional 300,000 people living in the Turkish Red Crescent Azaz and Cobanbey camps, Kınık said. One of the current major concerns is healing the wounded who fled war-torn Aleppo.

Kınık stressed the variety of needs his organization tries to consider, from education to health. "We will not abandon our brothers living in this region and [Turkey] will continue to wrap their wounds," he added.

Humanitarian aid mobilized by the Turkish Red Crescent, The Disaster and Emergency Management Presidency (AFAD), and other non-governmental organizations has been ongoing since Aleppo's eastern province was evacuated in December.