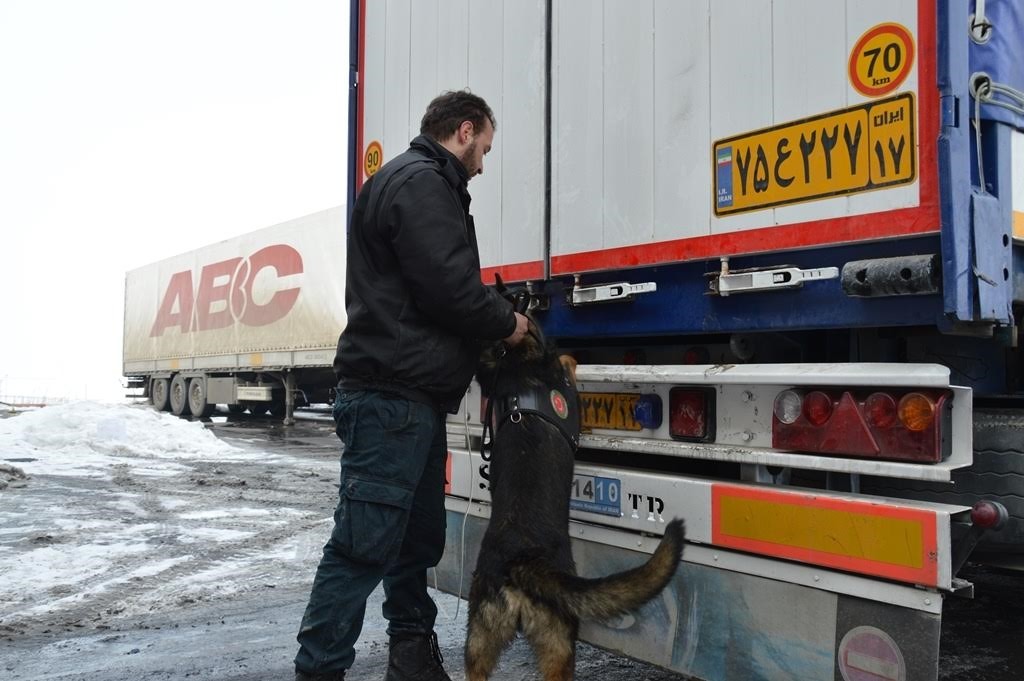 Customs Enforcement Anti-Smuggling and Intelligence Units stopped the truck en route to Italy from Iran after receiving intelligence that it was smuggling large amounts of heroin.

The officials said the drugs were first detected by the drug detection dog "Maddox" and then found the stash that was hidden on rear floor of the vehicle.

Iran lies on a major trafficking route between Afghanistan and Europe, as well as the Persian Gulf states. Large drug seizures are common across the region and Turkey regularly seize large amount of drugs from the neighbouring country.