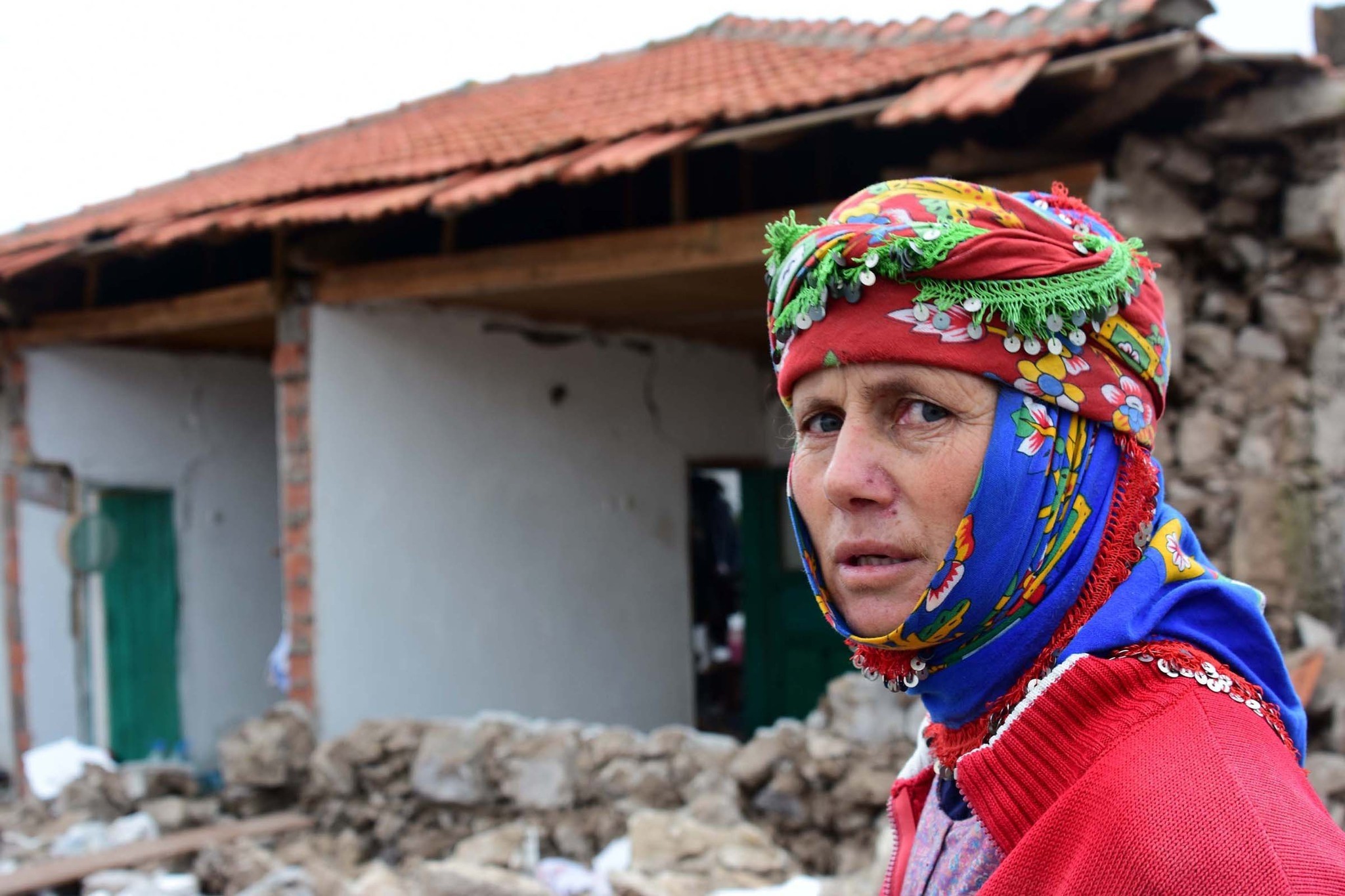 Locals are too afraid to return home as hundreds of medium magnitude earthquakes and aftershocks hit Ayvacık in the west, but experts have assured citizens that the tremors are not a presage of a bigger earthquake

It has been a week since Ayvacık, a small town in the western province of Çanakkale, was struck by two earthquakes of 5.3 magnitude on the Richter scale. Since then, the town, especially its rural parts, has regularly been subject to a series of aftershocks and new earthquakes — a few over 5.0 magnitude. More than 800 earthquakes and aftershocks have occurred since the first two major tremors on Feb. 6, but experts believe the chain of quakes is not unusual and would not trigger a "big one," predicting that they will end in a week.

The earthquakes and aftershocks injured a few locals and particularly affected the residents of villages where old houses, stables and other buildings are quite common. Authorities said yesterday, out of the 954 affected buildings, some 480 were completely demolished or severely damaged in the quakes, which are occurring during a time of worsening winter weather.

Speaking to Anadolu Agency, Professor Erhan Altunel, a geophysics engineering professor from Osmangazi University, said he did not expect an earthquake of a higher magnitude to occur in the region, and that the current quakes and aftershocks should lose their impact soon. He said such a string of tremors is not uncommon and in the past, quakes have continued for a couple of months. "The possibility of an earthquake of a 7.0 magnitude or larger does not exist," he said. Altunel said the epicenter and its surroundings have small fault lines running parallel to each other, and they could generate quakes at a magnitude of 5.4 at the most. "What we see now is damage to the buildings, and the damage is related to the structure rather than the direct impact from an earthquake, because such damage is not common in earthquakes of this magnitude," he added.

Turkey, which lies on a number of active fault lines, was rocked by a 7.4-magnitude earthquake on Aug. 17, 1999, that killed thousands in Kocaeli, Adapazarı, Istanbul, Yalova and nearby towns in northwestern Turkey. Haluk Özener, director of the Kandilli Observatory, the main agency in Turkey monitoring earthquakes, says that the country is "earthquake prone" and "Anatolian and Aegean tectonic plates were shifting to the west in a counterclockwise movement, causing energy to build up, which eventually causes earthquakes." "Because of this movement, 80-90 percent of Turkey is under an immediate earthquake threat," he said at a press conference last week after some tremors in Çanakkale.

Years after the 1999 disaster, Turkey has seen an overhaul of measures designed to prevent damage from earthquakes, such as compulsory earthquake insurance and campaigns to raise awareness and inform the public.

More importantly, the government undertook the ambitious project of urban transformation. Old, crumbling buildings across the country are being demolished to make way for new earthquake-resistant buildings.

Scientists, however, do not rule out "a big one," which is estimated to hit the Marmara region north of Çanakkale in the coming decades.

Meanwhile, the locals in Ayvacık face harsh winter conditions with temperatures dropping to 1 degree Celsius (33.8 degrees Fahrenheit) along with occasional snowfall. Relief organizations dispatched mobile housing units and tents to accommodate locals who have lost their homes or are afraid of going back home. Red Crescent and the Disaster and Emergency Management Authority (AFAD) sent hundreds of tents and 500 mobile housing units to the region, while mobile kitchens have been supplying meals to the displaced. Though no one was left without shelter, some villagers who are scared of the tremors are hesitant to even stay in mobile units and spend the nights awake gathered around the fires they light outside.

Authorities plan to set up more housing units in the area, while more than TL 2 million ($540,000) has been funneled to the local administration to address the needs of the victims.
RELATED TOPICS