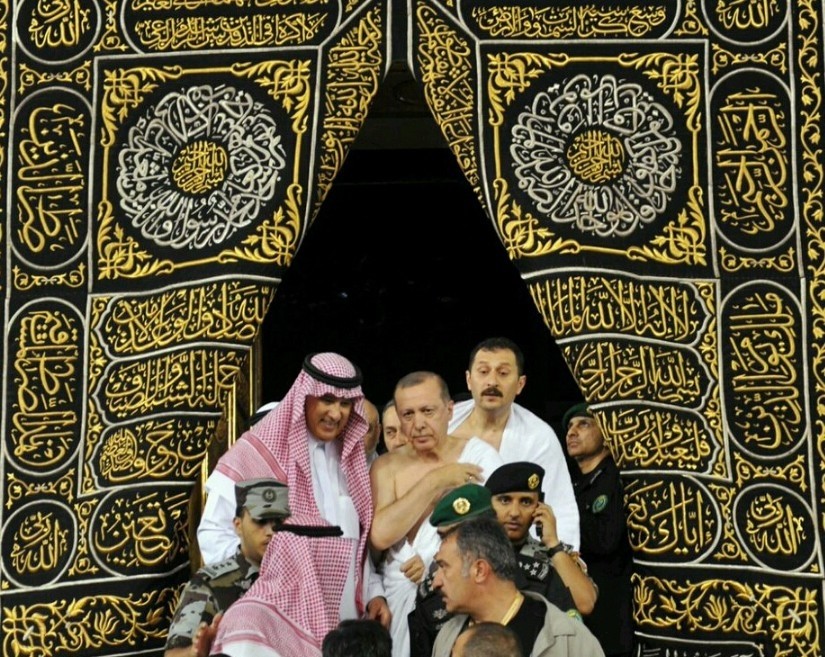 President Recep Tayyip Erdoğan performed umrah, the non-mandatory lesser pilgrimage made by Muslims to Mecca, in Saudi Arabia late Wednesday after the conclusion of a five-day tour of the Gulf that also took him to Bahrain and Qatar.

Following a visit to Qatar on Wednesday, Erdoğan returned briefly to Saudi Arabia, where he first paid a visit to Masjid an-Nabawi (Prophet Muhammad's Mosque) in Medina before performing the umrah in Mecca.

He donned the "ihram," a plain white cloth prescribed to be worn during the pilgrimage. Erdoğan had previously performed an umrah when he visited Saudi Arabia in 2015. Due to security reasons, state leaders often shun Hajj, the pilgrimage obligatory for every Muslim who can afford it, as the annual practice brings together millions of Muslims from across the world, complicating security efforts.