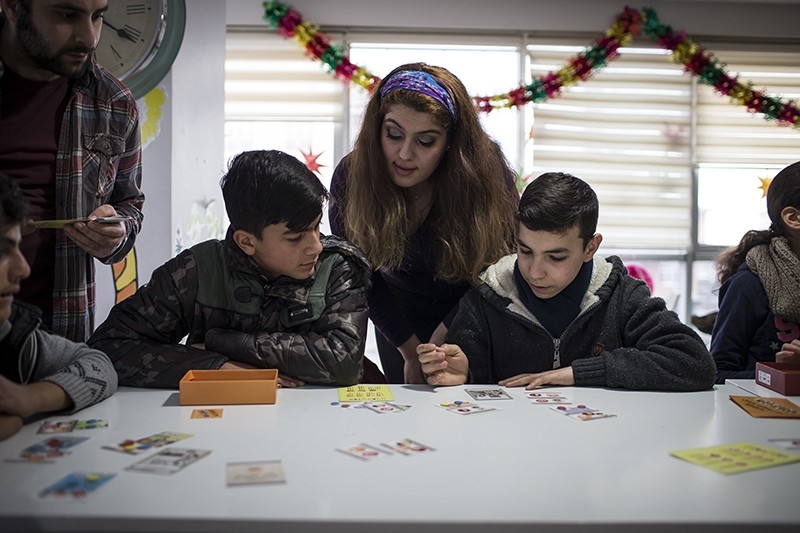 Across Turkey, "Al Farah" (My Happiness) Child and Family Support Centers are offering psychological and social support to children and families who are victims of war and violence.

The United Nations Children's Fund (UNICEF) and the Association for Solidarity with Asylum Seekers and Migrants (ASAM) jointly initiated the centers in five Turkish cities.

In addition to giving psychological support to asylum seekers, the centers offer guidance on the access to rights and services that Turkey provides to refugees.

At the centers, children are divided into workshops by age group, where they participate in activities like painting and music and rhythm classes to help forget the traces of war.

Office Manager of the Al Farah Ankara branch, Emine Engür, told Anadolu Agency that the center, which is located in the Altındağ district, was founded a year ago to serve asylum seekers and migrant children and families, especially those from Syria.

Engür stated that the Al Farah also offers English and Turkish courses for children and that the center is quite popular, "The number of children we have reached up to now in our center is approximately 4,000. The number of people coming to our center in a year is around 14,000," she said.

She explained that when asylum seekers arrive at the center, the staff listens to their problems in the presence of an interpreter and tries to help them in any way they can.

Engür added that efforts to increase to number of child and family support centers throughout Turkey are continuing.

People began leaving Syria in 2011, when the Assad regime began cracking down on demonstrations and the country ultimately broke into civil war. Today, Turkey hosts some three million Syrian refugees, more than any other country in the world.