Anti-Erdoğan group threatens women with headscarf, tries to 'ban' her from driving in Swiss city 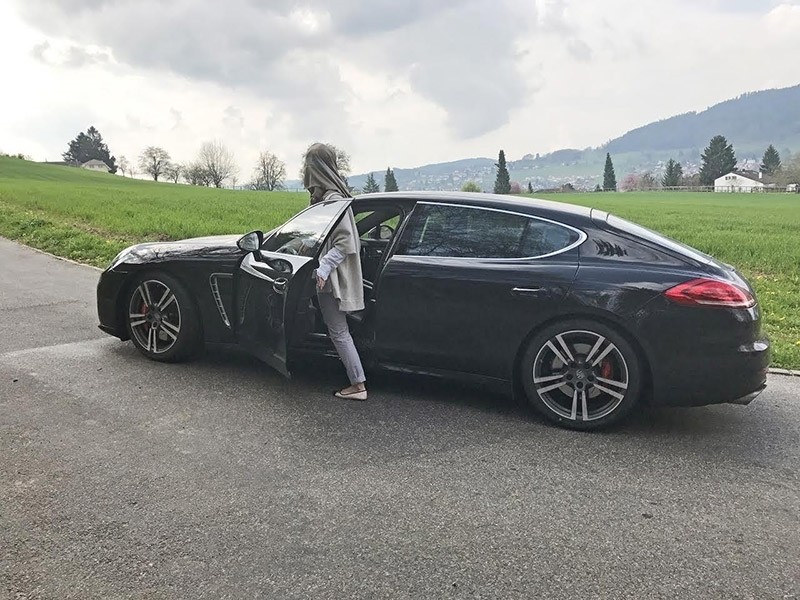 A 32-year-old Turkish architect living in Switzerland has been "banned" by a group called the "Anti-Erdoğan Committee" from driving her Porsche through the town of Sempach near Lucerne canton.

The woman received an anonymous letter from the "Anti-Erdoğan Committee" on Monday, in which she was warned not to drive while wearing a headscarf.

"We, the Anti-Erdoğan Committee, impose on you an immediate ban on driving with your black Porsche through the town of Sempach if you continue to wear a headscarf," the letter said.

Whoever sent the threatening mail remained unclear, the Turkish-Swiss dual citizen said, adding that she was not afraid, despite the letter ending with the warning, "We are watching you."

The woman stated that she would continue to wear her headscarf as usual, however she also reported the matter to the police, news site 20minuten reported.

The woman also emphasized that the point in the letter that referred to her a "glowing admirer of Erdoğan" disturbed her the most, and added that her "political views were no one's business" expressing that she never discussed such topics in public.

"In Turkey, 90% of all headscarf-wearing women are followers of Erdoğan," the letter claimed.

"In my opinion, racism is behind this, nothing else. I do nothing but drive through Sempach every day to go to work and get back home," the architect said.

There has been an increasing number of oppression and racist activities against Muslims and Turks over the recent years in Switzerland, while the anti-Turkey activities of PKK members have been tolerated.

Only two weeks ago, PKK sympathizers gathered in front of the Swiss parliament in Bern, organizing a 'No' campaign, whereas 'Yes' meetings by Turkish ministers were banned.

During the latest PKK event, not only flags of the terrorist organization and their terrorist leader Abdullah Öcalan were used, but also a poster with a death threat to President Recep Tayyip Erdoğan.

As a result, relations between Turkey and Switzerland became tense with the Swiss ambassador to Ankara being summoned to the Turkish Ministry of Foreign Affairs.