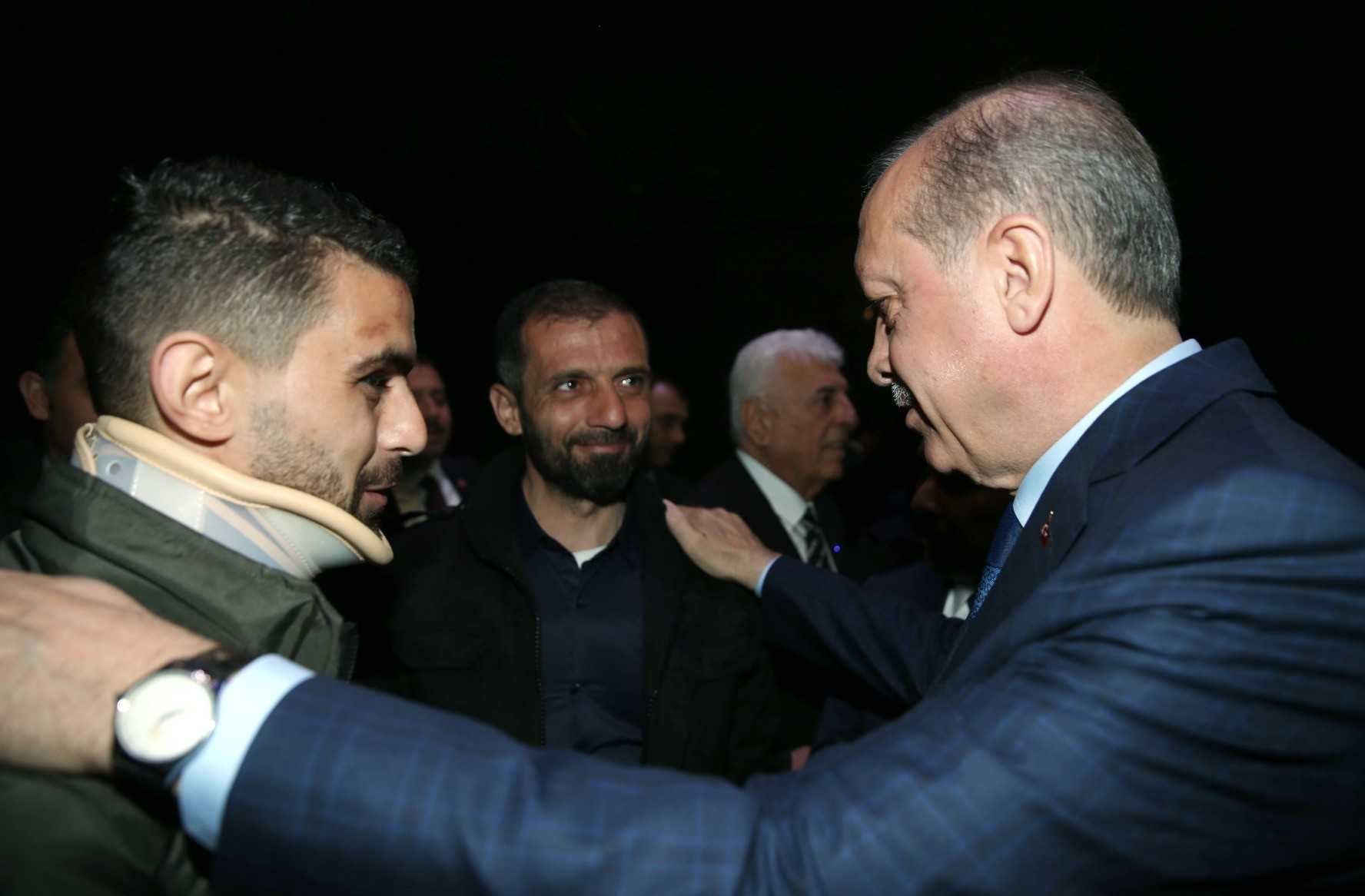 by Daily Sabah with AA Apr 06, 2017 12:00 am
Hüseyin Kurt, who became a symbol of police brutality in the Netherlands after dogs unleashed by police in Rotterdam wounded him during a peaceful protest, was received by President Recep Tayyip Erdoğan yesterday.

Kurt was transferred to Istanbul for treatment after the incident on March 11. He was bitten by police dogs and suffered fractures as police beat protesters denouncing the Dutch ban on visiting Turkish Minister Fatma Betül Sayan Kaya.

News and images of Kurt and other Turkish protesters being attacked by Dutch police made headlines, and the ill treatment was slammed by Turkey. Footage showed Dutch police using excessive force, including dogs, against Turks who were peacefully protesting the bans.

Erdoğan and government officials had earlier denounced the incident including the ban on Family and Social Policy Minister Kaya who was deported from the Netherlands when she arrived to meet Turkish citizens.
RELATED TOPICS