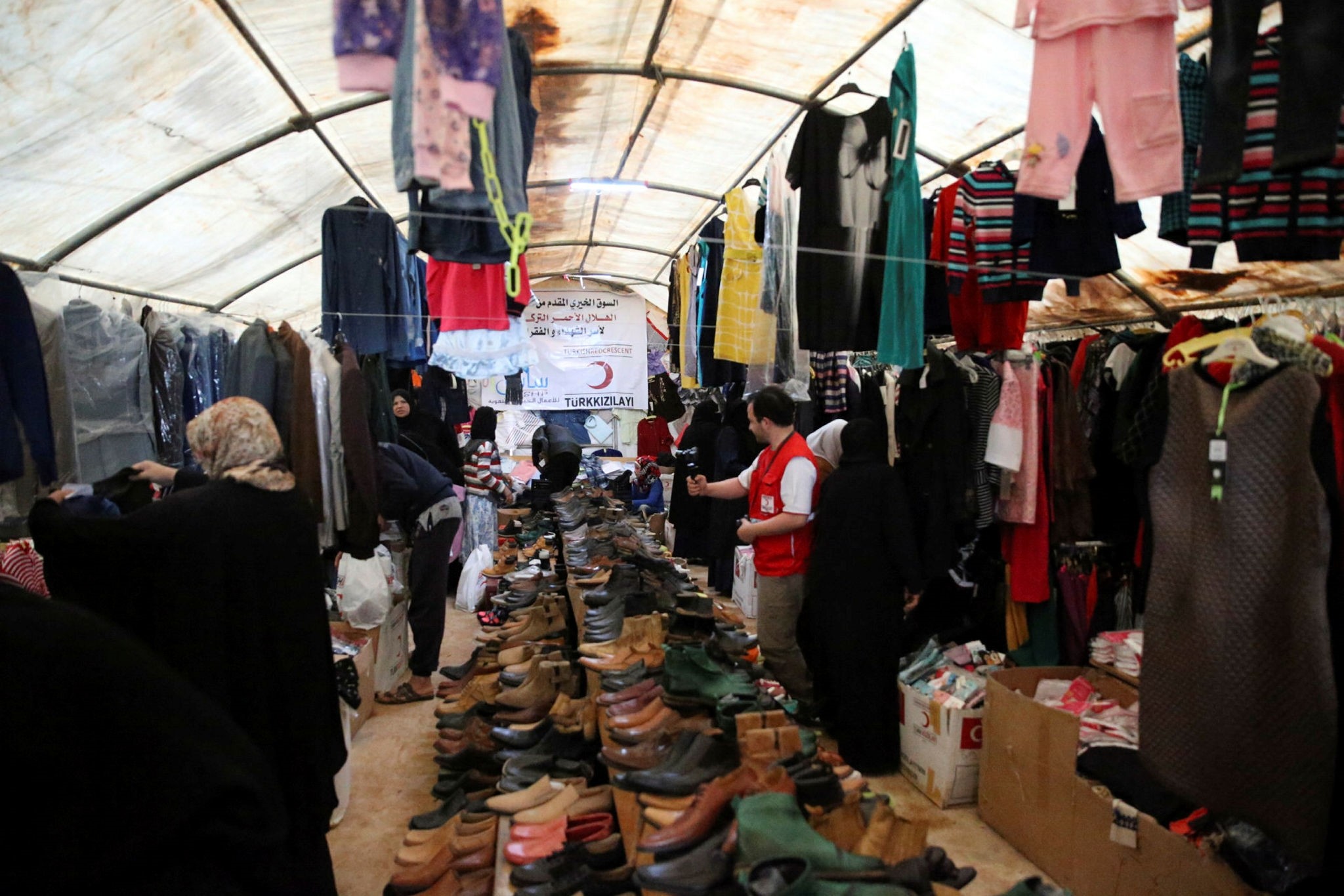 Turkish Red Crescent began distributing clothing and toiletries among refugees through the launch of its "Compassion Store" in northwestern Syria's Idlib province on Monday.

The store currently serves people in Kammunah, a rural area of Idlib, where around 850 Syrian families have been resettled since December 2016.

In remarks made during the store's opening ceremony, Turkish Red Crescent Chairman Kerem Kinik said: "Turkish people are sending the clothing they don't need to those who are in need here [in Idlib].

"This is a new model which we will use to meet food needs as well."

Three shops of the Turkish aid agency in Idlib city will also provide toiletries. Refugees who have been registered will use Red Crescent debit cards handed out to them to utilize the supplies provided by Turkish donors.

This is the ninth such "Compassion Store" in Syria; other stores are located in Al-Bab, Azaz, Jarabulus in the country.

Kinik also visited orphanages in Atme Village in Idlib where he handed out gifts to children.

The aid agency also distributed gas stoves to refugees around the village.