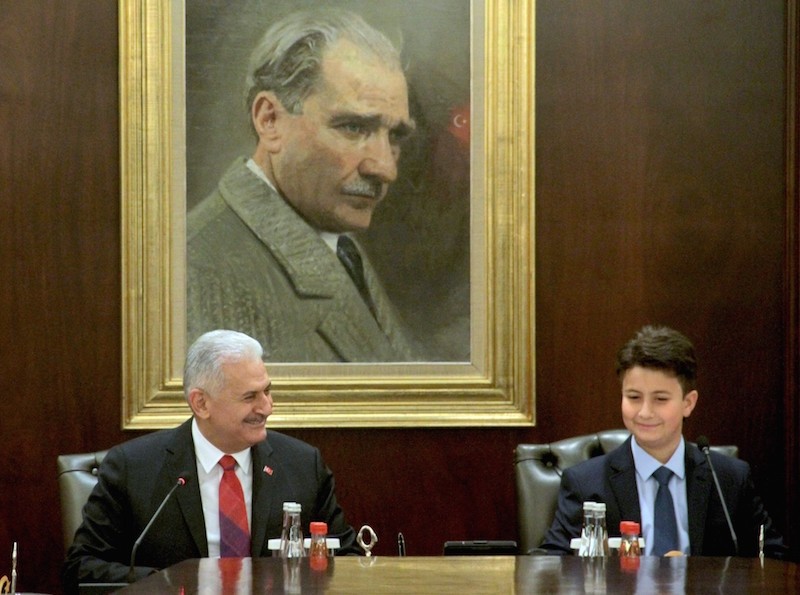 Fifth grade student, Yağız Keçe, took the place of the Prime Minister on the Council of Ministers consisting of children. There were 14 girls and 12 boys sitting on the council.

During the meeting of student cabinet ministers, each child explained the tasks and activities of their assigned ministry.

Yıldırım congratulated all of the children for their work in celebration of the national holiday.

Turkey has celebrated National Sovereignty and Children's Day every year on April 23 since the foundation of the Republic. The celebrations last for one week and are marked with ceremonies and performances recognizing children as the nation's future.