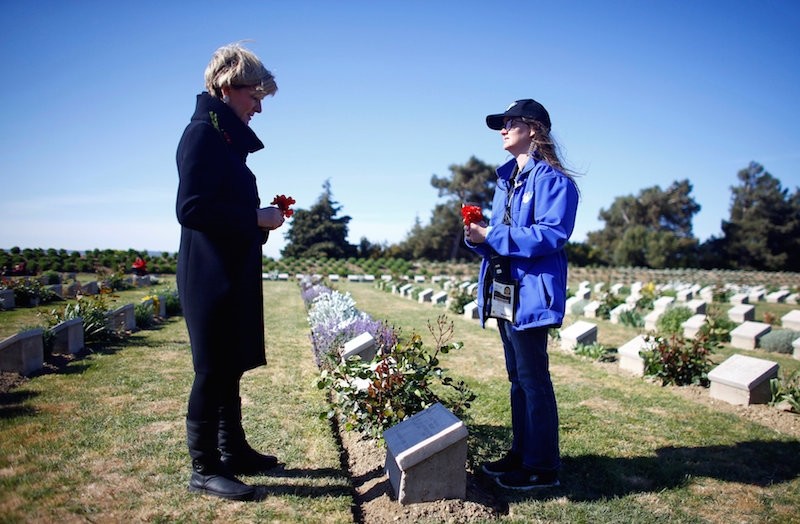 Hundreds of people from Australia and New Zealand gathered at the site of the Gallipoli campaign Tuesday for a dawn service marking the 102nd anniversary of the Australian and New Zealand Army Corps (ANZAC) troop landings.

Australia's Foreign Minister Julie Bishop and New Zealand Justice Minister Amy Adams were among those paying tribute to the World War I dead on the peninsula.

"As we gather here this morning, we each pay tribute to the men and women of our armed forces who have carried on the ANZAC tradition for the past century and more -- that spirit of courage, mateship, endurance and sacrifice that has forged our national character and identity," Bishop said.

"The cliff the ANZACS could not scale was the courage, discipline and tenacity of the Turkish army, determined to defend their homeland," Bishop added.

Tuesday is commemorated in Australia and New Zealand as ANZAC Day and Gallipoli is seen as one of the defining events that ushered both countries towards nationhood.

The battle also forged links between Turkey, which emerged as a modern state shortly after the war, and the ANZAC countries.

The crowds gathered at Anzac Cove as the sun rose above the peninsula for the hour-long service.

Adams thanked the Turkish people for preserving and caring for the graves of New Zealand servicemen.

"This peninsula of war is now a place of friendship and healing," she said. "It's proof that enemies can become the truest of friends. That we have more in common than that which divides us.

"We hope it inspires those conflicts around the world where deep-rooted hatred seems impossible to overcome."