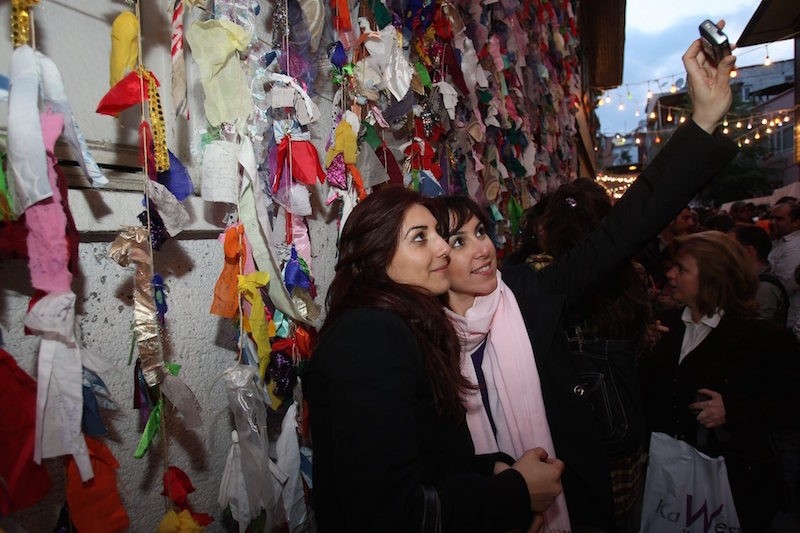 Members of the Roma community in Edirne are preparing for their annual "Kakava" holiday, also known as Hıdırellez. The spring festival includes colorful displays, a festive atmosphere and plenty of music and dancing. The holiday, which can be translated as "Kakava," will take place in Sarayiçi, the historic remains of a palace built by Sultan Murat II, alongside the banks of the river Tunca in the Roma neighborhoods of Edirne.

The festival symbolizes the rebirth and purification of nature and it is associated with the prophets Hızır (al-Khidr) and Ilyas, (Elijah), whose names combine to form "Hıdırellez." It is widely believed among the community that the two prophets met on this particular date, bringing spring and fertility. Celebrations traditionally begin on May 5 and continue throughout the whole night, ending May 6.

In Edirne, people are becoming excited as the holiday approaches and some have already cleaned their houses in preparation. Kakava celebrations start when the Çeribaşı, the head of the local Roma community, sets out with his band of drums and zurnas (traditional Turkish clarinets) and summons people to participate in the festivities in Sarayiçi.

On the evening of May 6, there will be a bonfire in Sarayiçi and festival participants will jump over the flames, as they believe that this will protect them from negative influence in the coming year, including the effects of the "evil eye."

Various other customs meant to bring good luck are associated with the holiday, including the tradition of tying small notes with wishes to a "wish tree," in hopes that they will come true. On the morning of May 6, inhabitants of the Roma quarters of Edirne will gather at the Tunca River and wash their faces in accordance with Kakava customs.

Hamdi Kopça, Çeribaşı of Edirne, told Anadolu Agency that he explicitly welcomed all citizens who were interested to the festival and invited them to join the fun. Although Hıdırellez celebrations are held nationwide, the "Kakava" of Edirne is said to be the biggest and most impressive Roma spring celebration in the whole country.

The Roma community has traditionally suffered from discrimination in Turkey, but in recent years, important steps have been taken to improve their status. In 2017, Turkey will submit a request for the Hıdırellez festival to be included in UNESCO's intangible cultural heritage list.