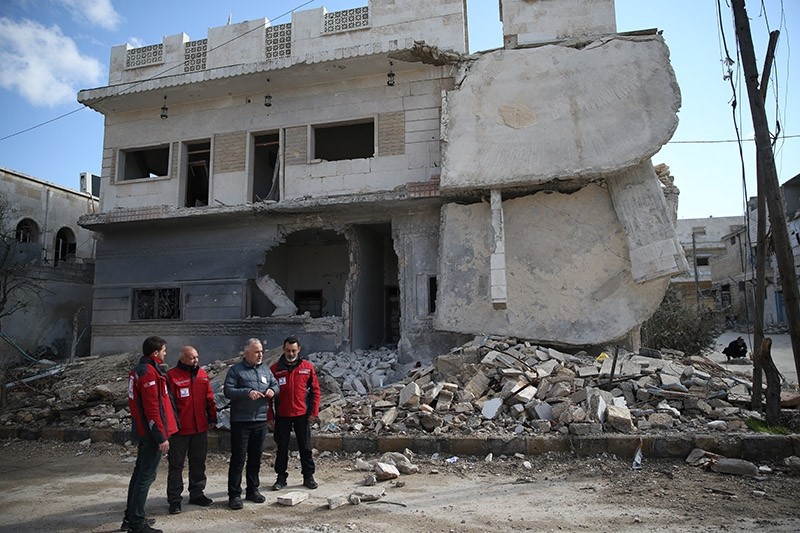 The Turkish Red Crescent will construct permanent housing in Syria's northwestern region of Idlib in order to accommodate Syrians which were displaced by the Assad regime forces and now live in the countryside, reports said Wednesday.

Giving details on the project, the President of the Red Crescent Dr. Kerem Kınık said that the "tent" solution for Syrians is no longer sufficient. The project plans to construct 1,000 apartments of about 40 square meters each, Kınık explained. İbrahim Ali Abdullah, director general of AFIF Charity, added that the housing complex would include a school, a health care center, a mosque and various social facilities, specifying that the project is expected to be completed in the course of approximately six months.

Turkey and Qatar launched a joint aid campaign for Syrian refugees at the end of 2016, and since then the Doha-based Afif Charity has been able to collect millions of dollars of humanitarian aid to Syrians. Kınık especially thanked Qatar NGOs for their support and their fundraising campaigns carried out during the past months.

Kınık, as quoted by Anadolu Agency, also warned that Turkey and the Red Crescent are doing their best to accommodate the millions of Syrians that had crossed the borders in order to seek refuge in neighboring Turkey, but that other countries and other NGOs should also bear part of the burden.

Turkey had argued for years for the creation of a no-fly zone in northern Syria itself, thus offering Syrian refugees a safe space within their own country, and in August 2016 launched a ground campaign called "Operation Euphrates Shield" in order to push back Daesh terrorists and others endangering the lives and security of civilians.