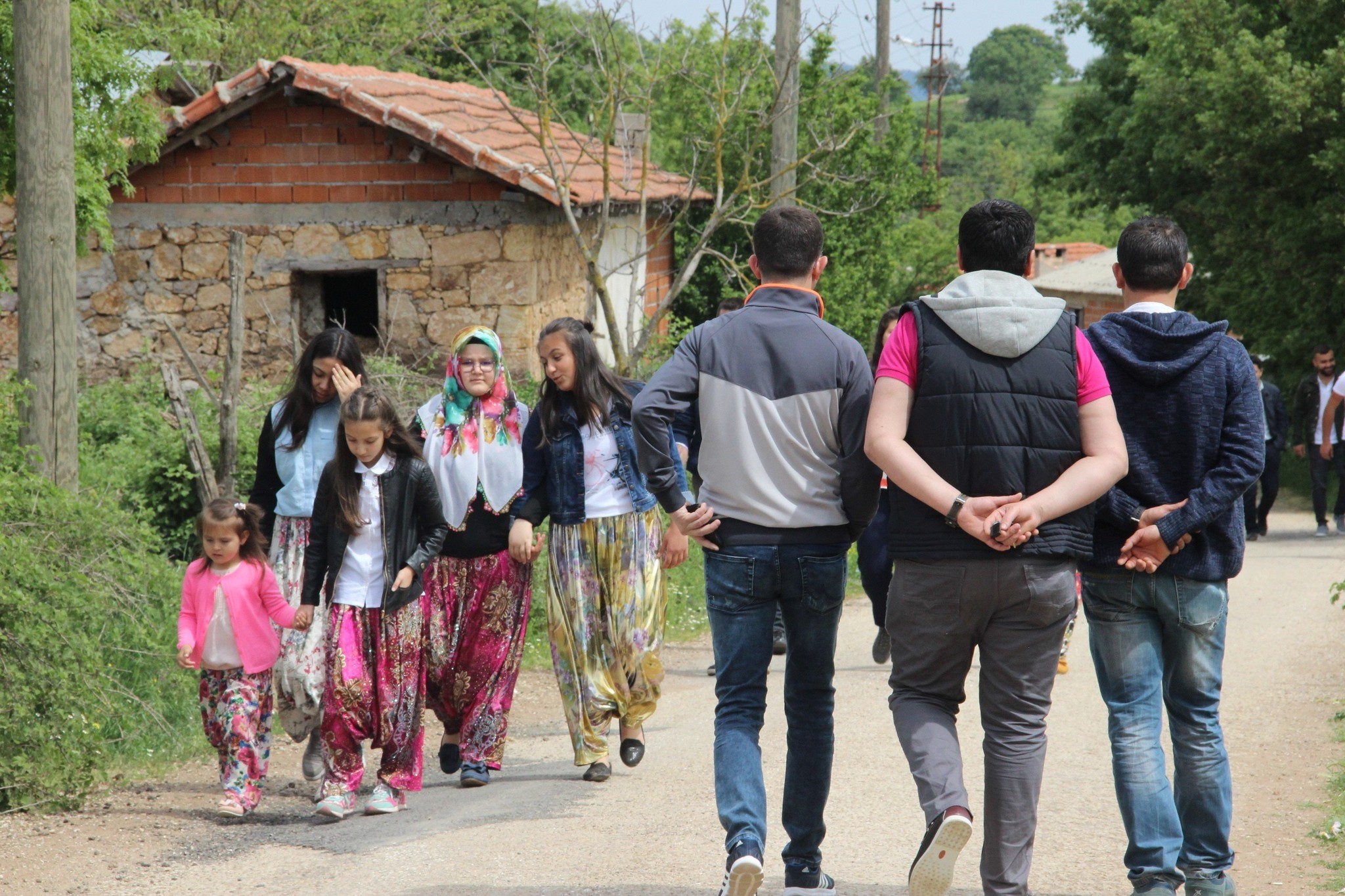 by Anadolu Agency May 08, 2017 12:00 am
The traditional stroll down "love street" took place yesterday in the village of Muratlar in the northwestern province of Çanakkale. The event, organized by the elders of Muratlar village, takes place on May 7 every year, attracting significant interest from near and far.

During the festivities, guests were served a lamb meat stew called keşkek and sweets, before the traditional stroll.

Village muhtar and administrative head İsa Korkmaz said the centuries-long tradition had allowed many to find their life companion over the years. "The foundations of many families in the region were laid on this street. We want to continue this tradition. Singles from not only the region, but from all across the country come here in the hope of finding their spouses. Even my daughter found her husband on the street."

His daughter Nazife Acar said: "I found my husband here and I've been happily married for years. May God bond those in love."

Doğan Küçük, who came from Biga, Çanakkale, said he learned about the tradition from a show on television and decided to try it out. "It is my first time in Muratlar to find a wife. I hope I find her soon."

Still, not everyone is so fortunate. Zafer Yıldırım, who came from Muğla on the southern Aegean coast, said it was his third time and he wanted to believe that he would be third time lucky.
RELATED TOPICS