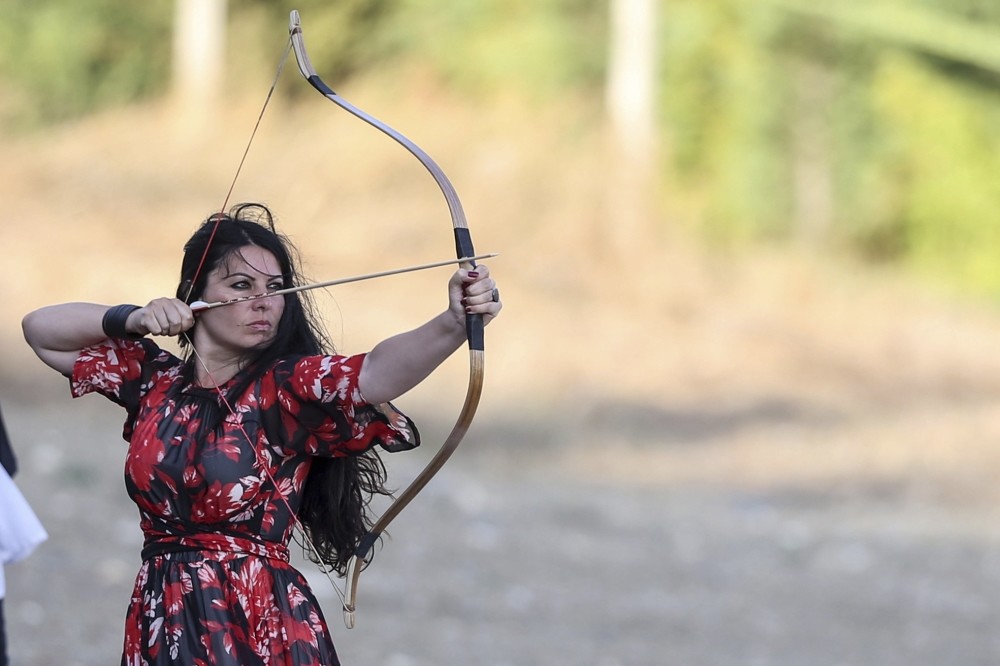 by Daily Sabah May 11, 2017 12:00 am
The second edition of the Ethnosports Culture Festival that is reviving the traditional customs of Turkic sports is scheduled to start today in Istanbul.

Organized by the World Ethnosports Confederation, the four-day festival will be held at Yenikapı, a square on the city's European side on the shores of the Marmara Sea.

The festival, a celebration of Central Asian and Anatolian Turkic/Turkish culture and "yurts" (nomadic tents), will be set up at the venue in accordance with ancient tradition.

From horseback archery to wrestling, participants from around Turkey and abroad will showcase their skills through sports that have been popular since the days of their ancestors.

Visitors will also have an opportunity to experience the everyday, nomadic lives of Turkic communities in "yurts" where traditional handicrafts will be displayed along with samples of Turkic cuisine, while ancient rituals to celebrate childbirth as well as wedding ceremonies from ancient times will also be brought to life.

A total of 843 athletes will compete in 11 ethnosports, ancient Turkic sports.

Hüseyin Karlık is the head of a club for the sword-and-shield game, a classic Ottoman folk dance that is performed without music, and his performers will exhibit their skills at the Ethnosports Festival. Speaking to Anadolu Agency (AA), Karlık said the athletes have toured Europe "to promote Turkish culture" and will represent Bursa, a city in northwestern Turkey where folk dance has its origins. Karlık's club will also compete in archery and wrestling.

Hakan Kazancı, deputy chairman of the World Ethnosports Confederation, said they plan to make the festival a global event in the coming years. Speaking to AA, Kazancı said they also expect up to 1 million visitors to attend this year's event.
RELATED TOPICS