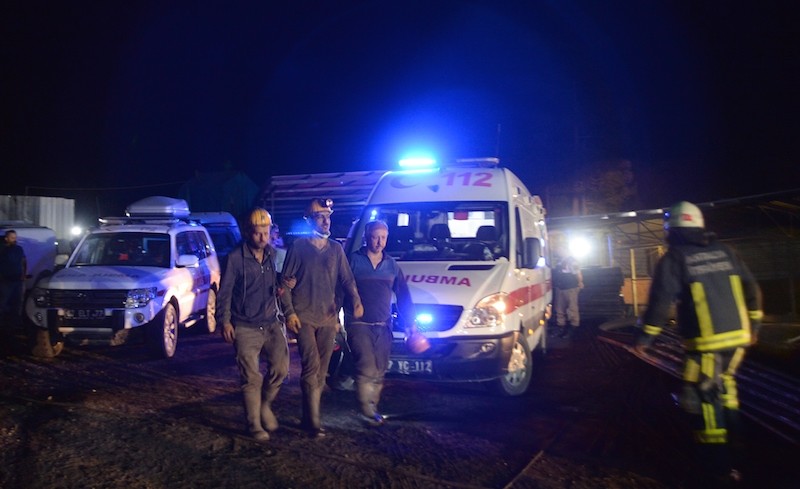 The bodies of two miners were recovered after the pair had been trapped underground the previous evening in the southern Turkish province of Antalya's Kemer district.

"We think they died of gas inhalation, but definite results will only be known after an autopsy," Antalya governor Münir Karaloğlu said.

Levent Korkmaz, 39, and Esen Çavuş, 35, were trapped 900 meters underground in a coal mine Tuesday evening after methane entrapment. The miners' bodies were recovered as a result of complicated night-long rescue operation.

According to Karaloğlu no landslide or firedamp explosion took place.

"This accident happened as a result of an intensive gas leakage," the Antalya governor said.

Local authorities launched an investigation into the accident.